Parents are Not to Know (But They are Expected to Pay) 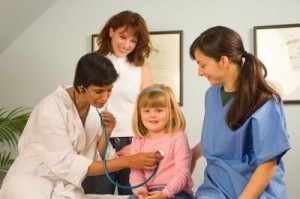 The day before Thanksgiving, I got a call from a harried reporter. “The American Academy of Pediatrics has issued a statement on “Emergency Contraception,” he said. “I’d like to get your take on it.”

The 10-page document turns out to be a full-throated endorsement of what is euphemistically called “Plan B” (levonorgestrel manufactured by Teva Women’s Health) for kids of all ages. The current FDA rules, which limit emergency contraception to young women 17 years or older, are too restrictive, the document argues.

Those of us (including, I am guessing, a number of pediatricians) who conscientiously object to flooding immature teenage bodies with powerful, steroid-based drugs will not accept this statement on multiple grounds.

First, as everyone who has had high school biology knows, pregnancy begins at conception. To claim that pregnancy begins a week later, when the developing fetus implants in the lining of the uterus is simply not true. Since the morning-after pill sometimes operates by preventing implantation, it is ipso facto abortifacient. Therefore it is not accurately described as “emergency contraception,” but as an “early-term abortion,” at least in some cases.

The AAP statement attempts to dodge these problems by suggesting that the evidence of the effect of hormonal emergency contraception on the endometrium (the lining of the uterus) are “conflicting.” While admitting that some studies show that “endometrial receptivity to the implantation of a fertilized egg is impaired,” it claims that other studies show “little effect.”

This is doubly disingenuous. First, as high school biology students know—but what the physicians who drafted the AAP statement have conveniently forgotten, what implants in the lining of the uterus is not merely a “fertilized egg.” It is rather a tiny human being who is already at the blastula stage of fetal development.

Second, it has long been generally accepted in the medical world that hormonal contraception operates, at least part of the time, by preventing implantation. To claim, as the AAP statement does, that the science is not settled is to deliberately obfuscate the matter.

I am sure that there are many pediatricians and other medical professionals who do not wish to counsel, prescribe, fill prescriptions for, or refer for drugs that violate their conscience. The AAP statement nonetheless asserts that pediatricians have an ethical responsibility to “inform/educate about availability and access to emergency-contraception services.” There is no ethical basis for this assertion which, if enforced, would violate the conscience of all Catholic and many Christian physicians.

Perhaps the most egregious claim of a statement which makes many such claims is that “at the policy level, pediatricians should advocate for increased non-prescription access to emergency contraception for teenagers regardless of age and for insurance coverage of emergency contraception to reduce cost barriers.” Allowing 13-year-olds to buy steroid-based drugs without their parents’ foreknowledge and consent is a violation of parents’ rights and is also not in the best interest of the teenagers themselves.

Finally, someone needs to realize how much of this is driven by the profit motive. Big Pharma pays for many of these studies which assert the purported benefits of providing drugs that they manufacture to as many people as possible at the expense of the taxpayers. Such rent-seeking is typical of the kind of bureaucratic capitalism that we now see coming to dominate the medical space under Obamacare.