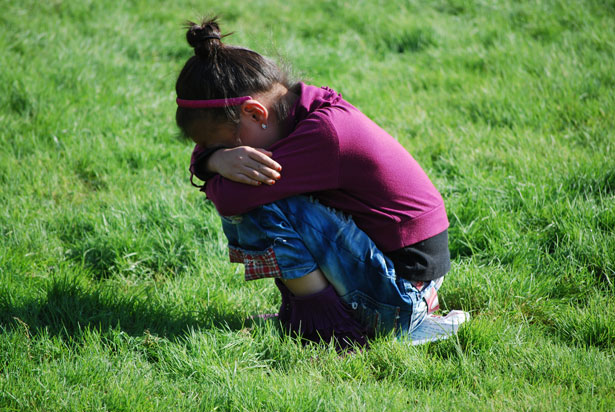 A small town in Missouri recently came under fire for rallying around an accused child sex offender and shunning the abuse victim—even after the offender pleaded guilty in court.

“If it takes a village to raise a child,” said a local prosecuting attorney, “what is a child to do when the village turns its back and supports a confessed child molester?”

The townspeople, who were described as deeply religious, insisted that the sex offender was a “good man” who had already suffered enough and that “only God knows” what really happened.

It’s a familiar ritual, one that’s performed everywhere from small towns in Missouri to megachurches, a subtle form of mob justice where the primary weapons are not pitchforks and torches but mercy and forgiveness. Whenever a beloved Christian figure gets caught in a sexual abuse scandal, it’s not long before the Christian mob comes rushing to his defense.

On the surface, this redemption-over-retribution approach might seem well within the Christian mandate to love one’s enemies and forgive one’s transgressors. However, there’s a fine line between offering a perpetrator grace and denying a victim justice, and it’s a line that Christian culture crosses all too often.

For example, the mob might ignore the offense entirely in an effort to focus everyone on the “bigger picture.” They will say things like, “No sin is too big for God’s grace!” and “Nothing can separate us from the love of God!” because defending a theological position is easier than acknowledging abuse. However, statements like these only serve to make the offense appear insignificant in the grand scheme of things.

This is also true of sentiments like, “Nobody’s perfect!” and “We’re all sinners!” If the mob can flatten the severity of the perpetrator’s offense until it gets lost in the sea of everyone else’s sin, then no one gets to cast a stone.

After defending the perpetrator, the mob showers him with lavish displays of love and encouragement. It’s a calculated move, one that shamelessly and opportunistically co-opts someone else’s tragedy in order to make a dramatic statement about Christianity. By extending mercy to the perpetrator when no one else will, the mob hopes to prove to a watching world just how “edgy” and “countercultural” Christian forgiveness is. The more visible the forgiveness, the better the witness.

The problem here is not one of “too much grace” or of grace going “too far.” The problem is that the mob fails to extend that same love and encouragement to the victims. The mob reserves grace for the perpetrator because in their eyes, he’s the one who has hit rock bottom, the one who’s in the darkest, most desolate place, and therefore in the most need of grace. The mob is convinced that the perpetrator is the real victim in this scenario—a victim of his own sin.

Too often, Christians mistake the transgressors, not the transgressed, as the ones most in need of grace. This is where grace goes too far. Not when it forgives the unforgivable, but when it reaches so far in the direction of the abuser that it leaves the victims behind.

After extending mercy to the perpetrator, the mob attempts to do the impossible and forgive on behalf of the victims. Here, the mob performs an act that costs them nothing. It’s easy for the mob to forgive the perpetrator, because he’s done nothing to them.

By forgiving the perpetrator before the victims have even had a chance to process their grief, the mob is sending them a clear message that the world has already moved on. The victims’ pain is seen as an inconvenience, a wrench in the process that prohibits an expedient resolution. Anger, confusion, and hurt are difficult territories for the mob to navigate. It’s messy and time consuming, and above all, it makes them uncomfortable. Fearful that the victims may never forgive their abuser, the mob steps in and robs them of that opportunity, convinced that they are more objective and level-headed, and therefore the most qualified to reach a verdict.

Unlike an angry mob, the Christian mob exerts its rule not by condemning the perpetrator, but by letting the perpetrator off the hook. But by doing so, the Christian mob is still playing judge and jury, and this allows them to take justice into their own hands. It’s no wonder then, why mob forgiveness only hinders justice and hurts victims. When Christians minimize wrongdoing, when they offer more grace to the perpetrator than to the victims, and when they collectively forgive someone who has never even hurt them in the first place, forgiveness becomes just another form of abuse.

This article was originally published by Religion News Service. Reprinted with permission.