Trending Now
You are at:Home»Featured»Apologies from Utopia
By Daniel Greenfield on November 12, 2013 Featured, Government & Politics, Law & Justice, The Economy 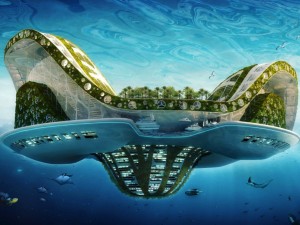 Obama’s non-apology apology “I’m sorry that you’re unhappy” is typical of the passive aggressive apology of the twenty-first. What was once character has become branding. What was once manners has become damage control.

In the peculiar “I feel” grammar of the twenty-first century, “Sorry” has become ubiquitous and meaningless; it’s the new “Eh” or “Is that so.” The ubiquitous sorry assumes that everyone else is constantly being subjected to a torrent of grievances and acknowledges that while taking no responsibility for it.

To the millions of Americans kicked out of their health plans, Obama was offering an “Is that so”; not an admission of guilt or a confession of fault.

Obama took responsibility and then explained that he doesn’t really know anything about programming so he isn’t responsible.

Go poke your cameras in the faces of some keyboard monkeys in Canada who were working overtime while the top executives were partying with their friends the Obamas at the White House. They’re the ones to blame. They know how to do things, which means that they are responsible for doing them. Obama, who doesn’t know how to do anything, is not responsible because he’s unskilled.

This is the innocence of incompetence. Obama isn’t a programmer; he can’t be held responsible for Healthcare.gov. Hillary Clinton isn’t a soldier or even a real diplomat. She can’t be held responsible for Benghazi. Sebelius is a political appointee whose job is to look into the camera with the baffled incomprehension of the professional civil servant. “I don’t know anything. I just work here.”

Programming is hard work compared to finding ways to arrange new promises and lies around “Let me be clear” which is the twenty-first century version of “Read my lips”. It requires knowing how to do something more than blame the previous programmer or the programming language.

The ideologues are always innocent because it’s always the implementation that fails, not their ideas. It’s why Communism isn’t responsible for the USSR or North Korea going down the tubes. The ideas were solid, but the programmers did a bad job of coding their brilliant economic theories into a working website.

And so we are told once again that Obama is smart. Really, really smart. Despite this fearsome intelligence, there isn’t one thing they can point to abroad or at home that he did well on his own. And that very uselessness shows how smart he is. Any idiot can fix a car, build a website, or make a foreign policy work. It takes a real genius to come up with the ideas and sigh in disappointment as everyone else screws them up.

Liberal columnists ponder whether Obama is too smart to be president. By that they mean that he’s much too elevated a being to sit around trying to make things work. His proper role would be theorizing how things should work and then putting those theories in book form.

That is something the left is undeniably good at. It’s like an entire movement of flying car inventors who spend so much time describing why flying cars are the answer that they never bother with the question of whether anyone needs flying cars or how to keep flying cars from crashing into things all the time.

And so Obama has apologized. Not for lying, but for the inability of an idiotic public to understand that he has nothing to apologize for. In apologizing, Obama is really forgiving us for not being as smart as he is. He is condescending to our diminished intelligence by apologizing for our misunderstanding of him. He is sorry for how stupid we are that we actually believed him.

Accepting responsibility has become a learned behavior from countless movies. But once you accept it, then you don’t have to actually do anything about it, like resigning or giving up any vacation days. The buck always gets passed down the ladder until it ends up back in the hands of the people who aren’t responsible for any of it, but always have to pay the bill for it anyway.

Up top, we have government without responsibility. We have people who are expert at knowing how things should work, but not how they do work. How they do work doesn’t interest them. Tangible reality is a preexisting condition that they inherited from the Bush Administration and the racist Founding Fathers and Western colonialism.

This state of affairs is presumed to be so terrible that any change would be an improvement. Like trying to fix a thoroughly beat up car, the left doesn’t care what it breaks when it starts fixing health care or immigration or foreign policy. No matter how big a mess it makes, it is sure that things must be better now because before the Republicans were in charge.

The left always assumes that it is starting from zero. That the interregnum before it came to power, men were little more than beasts, brawling in the mud, raising their children in the dirt and visiting whatever doctors it pleased them. It sees no reason to apologize since even when it falls short, it has uplifted us from barbarism to a better way of living.

What then should it apologize for? Its apologies are really apologetics. Even while it mumbles a little regret, it is launching a new wave of passive aggressive attacks against an ungrateful public that fails to realize that it should appreciate losing its coverage because the new more expensive coverage is so much better.

The left never really apologizes. Not for the millions dead under Communism or for pretending that Michael Moore was a documentary filmmaker. It passively aggressively doubles down on its original premise. “You didn’t understand what I was really getting at.”

And so Obama is sorry. He is sorry that we in the real world failed to live up to the expectations that he and his comrades worked out in their imaginary world. It’s not his fault that we weren’t good enough for the people’s health care revolution. It’s our fault. In the imaginary world of the policy experts, everything worked. The bottleneck must be us.

The real world has been much more disappointing. But the real world is an intermittent place. No one really lives anymore. At least no one who matters.

The smarter people have gone off into their imaginary worlds and step out only to pick up a few buckets of Chinese food before they go back in again. And the rest of us are left living with a system that doesn’t work because it was designed for an imaginary world. Not the real world.