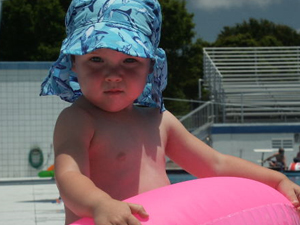 Recently we reprinted an outstanding article entitled “The Erosion of Human Rights” that had been published in the Vatican newspaper, L’Osservatore Romano. The author, Carlo V. Bellieni, addresses the horrific practice that involves doctors who are denying basic care and treatment to newborn children. Bellieni referred to researcher Michael Gross who conducted a study of practices in four Western countries that use abortion and neonaticide as management strategies. In an article on abortion and neonaticide, Gross wrote, “There are firm ethical norms that should serve as the basis for coherent and consistent perinatal policy.” In that policy he includes, “a general endorsement of neonaticide subject to a parent’s assessment of the newborn’s interest broadly defined to consider physical harm as well as social, psychological, and/or financial harm to related third parties.”

I began considering the phrase “harm to related third parties” in the context of those in our midst who approve the idea of avoiding inconvenience by willfully taking the lives of the vulnerable—be they newborns, preborns, or others—if the same became normal medical practice. After all, the “all about me” culture does not admit to accepting responsibility for the fate of others, including one’s own children, particularly if they require self-sacrifice.

There was a time when the ethical framework of medicine was such that these practices would not only have been avoided at all costs but would be condemned publicly. Sadly, this is not the case today, as witnessed by the thousands of children who die by acts of abortion on a daily basis—not to mention the newborns and the seriously ill patients who are deemed better off dead than alive. The argument favoring killing is that if the individual continues living, he creates a burden on the family, society, and the economy.

The Center to Advance Palliative Care is among those organizations that need to be monitored carefully because the perception that many of us have is that, in too many cases, so-called palliative care is all about hastening death. While this may well be the popular trend, it is still true that dying should be addressed with Christian charity rather than a focus on personal convenience.

As one spiritual writer states,

[T]he sick person shouldn’t be denied the truth of his situation any more than those around him should lie to themselves. It is not a loving act to ignore reality out of fear of not wanting to alarm the sick one, and to do so is to imperil his everlasting soul. The dying person needs to face his mortality, to repent, to pray, to receive Unction, to be encouraged to trust totally in Jesus and His forgiveness and love, etc. He must spiritually prepare himself for judgment, and to help him do this is the single greatest act of love you can offer.

Taking the time to unselfishly care for another, affirming his or her right to be respected as a human being, and doing all we can to hold that life in as much regard as Christ Himself would is the proper avenue to take. The culture may define such a course as fanatical, unacceptable, or simply impossible in today’s self-centered world, but that does not change what it means to respect another’s human rights.

Perhaps it is time to ask ourselves some tough questions.

What sort of respect for the human rights of the patient do practices such as hastening death suggest? Do the neonates with disabilities, the dying, or the preborn have questionable human rights? Does it depend on what others think is acceptable or practical? Are human rights fungible?

Bellieni concludes his article with these sobering words, “It is seriously worrying that selective re-animation has come to be considered normal routine in clinical practice. In short, a banal custom.”

I wholeheartedly agree. And, until such time as mankind once again reveres the human person for who he is in the eyes of God, human rights are going to be nothing more than two words on a piece of paper.