Trending Now
You are at:Home»Featured»Are We Becoming Users and Disposers of Others?
By Matthew Tsakanikas on March 28, 2011 Featured, Life Issues & Bioethics 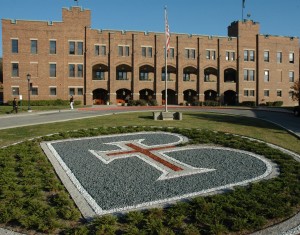 Professor Robert George of Princeton University, and co-author of the Manhattan Declaration, is heading to Benedictine College, Atchison, Kansas on Friday, July 15 to address medical doctors and medical professionals in a keynote speech on their conscience rights as part of a larger week dedicated to renewing the culture.

An excerpt from the Manhattan Declaration, which bishops and clergy local to Benedictine College  (like Archbishop Naumann) signed, explains the invitation:

We will not comply with any edict that purports to compel our institutions to participate in abortions, embryo-destructive research, assisted suicide and euthanasia, or any other anti-life act; nor will we bend to any rule purporting to force us to bless immoral sexual partnerships, treat them as marriage or the equivalent, or refrain from proclaiming the truth, as we know it, about morality and immorality and marriage and the family.

I do not speak for George or Naumann, but with the Obama administration’s recent repeals of various aspects of the prior Bush administration’s executive order protecting conscience rights of medical professionals, Dr. George’s message is sure to awaken more interest by doctor’s already apprehensive about healthcare’s declining emphasis of the ancient bedrock foundation of medical ethics: “first, due no harm”; originally established by the Hippocratic Oath circa 400 B.C.

The general public is growing more suspicious that pharmaceutical company profits, lobbyists, and less-than-friendly social engineers are driving today’s standard medical practices in fertility care. Certainly, President Obama’s repeals of President Bush’s restrictions on human embryo-destructive research and his administration’s lack of support for the Defense of Marriage Act are also ominous cultural indicators.  It would not be surprising to find these actions inspiring Apple’s bold persecution of the Manhattan Declaration by inferring, if not outright calling, the declaration supporters as ‘haters’ or ‘bigots’ for believing what Jesus Christ taught about marriage and human dignity.  Government and international corporations now both boldly attack Christian doctrine.

Our modern societies need to ask themselves:  “With all the ‘advances’ in science, IVF, and contraceptives, have we progressed as a society that values others or have we set-up ourselves as users and disposers of others?”  In only one generation, we went from the ancient principle of ‘first, due no harm’ to the radical idea that suppression of health and fertility in others is a ‘good’.  Abortion and micro-abortion (a.k.a. human embryonic research) are now ‘goods’.  Is that affirming an individual’s goodness?  Abortion has become affirmation? Fertility use to be a sign of health. Now we go to doctors to make ourselves unhealthy.

What if the willingness to ignore the principle of ‘first, due no harm’ not only leads to injury of an individual’s health and self-mutilation (sterilization), but general societal acceptance of the violation of the principle to “first, do no harm” — when it comes to fertility care — actually carried within it a destructive cultural effect as well?  What if preferring manipulative techniques over the wisdom of respecting another person’s authentic health (fertility) led to a society of users instead of givers?  Advances in contraception were supposed to lead to better marriages…now no one is married or stays married, and abortion, once considered murder, has become a right.

With the knowledge we’ve acquired since the 1970’s and especially today’s advances in reproductive medical understanding, we are light years beyond  the ‘Rhythm Method’ and in a position to restore the Hippocratic principle, restore respect for the full health of others, and become again a culture that reaffirms the dignity of every human, no matter how small.  But don’t be fooled, changing mindsets is not easy money like what caused our banking and financial crisis.  It actually requires that people learn to master themselves and learn to love others through development of the ancient cardinal virtues of prudence, justice, temperance, and fortitude.  This is why President John Adam’s quotes open at our website:

Our Constitution was made only for a moral and religious people. It is wholly inadequate to the government of any other;” and, “It is Religion and Morality alone which can establish the Principles upon which Freedom can securely stand. The only foundation of a free Constitution is pure virtue, and if this cannot be inspired into our people in greater measure than they have it now, they may change their Rulers and forms of Government, but they will not obtain a lasting liberty.

Dr.  Robert George’s morning keynote address on “Conscience Rights” July 15 is being made available free of charge, but seating is limited due to priority seating of the medical conference.  If you are a medical professional not attending the conference that day or the full weekend, but would like to hear Dr. George’s keynote, please call 913-360-7571 to reserve a free ticket.  Seating is limited.

Dr. Janet Smith’s and John Allen, Jr.’s evening keynotes that week are free to the public and do not require a reservation.

[Matthew Tsakanikas is coordinating the NFP Outreach National Summer Institute at Benedictine College .  To learn more about the July 11-16 institute and the three conferences, visit: www.benedictine.edu/nfpo]