Trending Now
You are at:Home»Featured»Florist Lost Last Week. So Did Religious Liberty.
By Joseph Backholm on February 23, 2015 Featured, The Homosexual Agenda 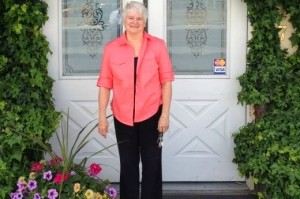 In a decision that has significant implications for business owners who hold the historic view on issues of marriage and sexuality, a County Judge ruled on February 18th that it is illegal to refuse business for same-sex ceremonies if you are willing to provide business for any weddings at all.

As a result, both the business and personal assets of Barronelle Stutzman are at risk of state seizure.

In his ruling, the judge quickly dismissed the idea that the First Amendment’s guarantee to the free exercise of religion protected Arlene’s Flowers.

In support of his conclusion that the non-discrimination law trumps whatever protections the First Amendment might have once offered, he favorably cited the recent New Mexico Supreme Court decision in which the court ruled that being forced to take pictures of a same-sex commitment ceremony was the “price of citizenship.”

Also, Judge Eckstrom waved aside the argument that the Washington State Constitution’s conscience protections offered any relief.  The State Constitution says that “[a]bsolute freedom of conscience in all matters of religious sentiment, belief and worship, shall be guaranteed to every individual….” 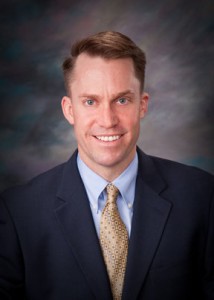 While the founders came to this country to flee religious oppression, Judge Eckstrom has essentially said that anyone who holds to the historical understanding of marriage and sexuality may not be in the wedding industry.

Some points to keep in mind with all of this:  Arlene’s Flowers did not and does not discriminate on the basis of sexual orientation. She happily serves people who identify as gay, including the customers involved in this incident for nine years.  This was an event that she did not want to be part of.

Opponents of conscience rights argue that if she’s allowed not to be part of a same-sex ceremony that “White’s Only” signs will start appearing in store windows throughout the land.

Here’s the difference.  She objected to the service being requested, not the person requesting the service.  It’s a huge distinction.

It’s the difference between having a “White’s Only” sign in your business and deciding not to print material for the Black Panthers because you don’t like what they’re about.  One is overt bigotry, the other is simply the ability to be yourself.

Yesterday’s decision is not the end of the story for Arlene’s Flowers. This decision will likely be appealed, and many subsequent decisions may be appealed as well. It could be years before there is a final resolution to this dispute.

It is critical, however, for people to stand alongside Barronelle Stutzman and demonstrate to our government that she is not alone.  Unless our determination to preserving religious freedom and conscience rights exceeds the commitment to destroy them, we’ll lose. Just like Barronelle Stutzman did.