Trending Now
You are at:Home»Columnists»Bad Reviews are Good for the Soul
By Cheryl Dickow on September 10, 2013 Columnists, Featured, On Books, On the Job 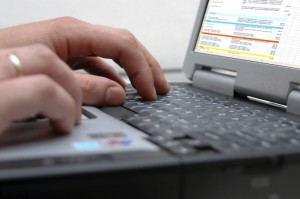 I vividly recall the first really negative review I received on a book. It was for a particular title in the All Things Girl series and the young person who wrote it was fairly scathing in what she said. She identified herself as one of three sisters who ranged in age from 10 to 15. She went on to post her review on all the books.

I will freely admit that her words brought tears to my eyes.

I was reeling from it all. To make matters worse, scores of people were saying how helpful the two terrible reviews were. No one was coming to my defense. Words can’t explain how alone I felt—and utterly defeated in my attempt at serving God’s precious daughters.

And confused…I had prayed each and every time that I had worked on the books. Throughout long days and nights my prayers stormed heaven; I prayed to the Father that every young girl who read the books would be blessed by them; that these books would be instruments of God’s love for his young daughters. All Things Girl was, for me, a series of books for girls who had become so real to me that I loved them all without even knowing them; it was a series to which I had given years of my life.

So to say that these two reviews were important to me is quite an understatement. I took them very, very seriously—not only as a Catholic publisher, but as an adult woman seeking to grow in holiness and charity. I wanted to contribute to the kingdom, not detract from it! I wanted to follow God’s will for my life.

When we seek to grow in the ways of the Lord and to work for his kingdom, we aren’t always handed over to loving, kind or charitable people. We don’t often find ourselves at once surrounded by goodness and kindness. More often than not, when we make a purposeful effort to turn ourselves over to God we might immediately notice that things seem to get worse, not better!

Am I right? What’s up with that anyhow?

I was working for God; wasn’t it all going to be wonderful and perfect and perfectly awesome?

Of course now I see it couldn’t be any other way. God had work to do with me and those reviews brought me to my knees in pain and hurt and rejection—and, as it turned out, it was a perfectly awesome place for God to start his holy work.

Years later, I love to go look at those reviews because I know they contributed to my own spiritual maturity. It wasn’t easy and I absolutely would have preferred growing in a less painful way; but I get it.

Reviews are important to my business and I think people should review books with honesty and integrity. Let’s face it, nothing is worse than reading a bunch of great reviews only to find a book is nice or okay but definitely not great. So reviews should be truthful. But in the long run, for authors and writers and publishers, reviews can prove to be an interesting instrument of sanctification.

I have come to understand that in my line of work, reviews have a two-fold purpose. Partly they help sell books but I have come to understand that the far more important aspect is that they have allowed me to embrace a new level of God’s grace. Each review—good or bad, nasty or nice—is an opportunity to turn to God and see how it can be used for my sanctification and for God’s kingdom.

I had to laugh when I recently read a review on another book we have called All Things Guy: A Guide to Becoming a Man that Matters. The reviewer wrote: “I thought this book was going to be a comedy style book, which it is not. This book is all about believing in the Bible and a Higher Power and what not. You do not have to believe in a Higher Power to be a good person. Why some people believe in this crap is beyond me.”

Reading that review I realized that God is still working with me but I was also happy to recognize that He and I have journeyed far together—crap and all!