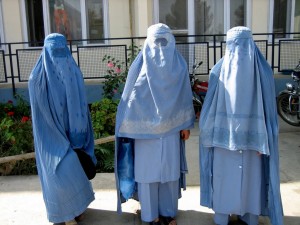 Opponents of the burqa and niqab had reason to celebrate on July 23 as Belgium became the second Western country to enforce a nationwide prohibition on face-covering attire in public. The Chamber of Deputies, Belgium’s lower house, overwhelmingly backed the legislation on April 28, with the Senate offering no objections during its subsequent review period. The penal code spells out the parameters (translated by Google, with some manual cleaning):

Shall be punished by a fine of €15 to €25 and imprisonment for one to seven days, or one of these penalties, those who, except for contrary legal provisions, appear in places accessible to the public with their faces masked or concealed in whole or in part, such as not to be recognizable.

Exceptions can be made for certain types of work and festivals. Fines are automatically multiplied by a factor of 5.5, bringing the maximum assessment to €137.50 (around $200). 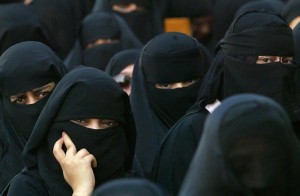 elgium follows France, the first Western nation to banish face coverings from its streets. Like the French law that took effect on April 11, Belgium’s is broad in nature, applying to virtually all public spaces and making no specific mention of burqas or niqabs, despite having been inspired by their proliferation. Unlike the French law, Belgium’s includes jail time among the penalties for wearers and introduces no new punishments for strong-arming others to conceal themselves.

One country with such a ban could be written off as an anomaly, but the rapid emergence of a second indicates a developing pattern. Which will be the next domino to fall? Two governments in particular seem poised to enact nationwide restrictions:

Finally, an important lesson is conveyed by the Belgian law going into effect just hours after anti-Islamic terrorist Anders Behring Breivik murdered dozens of Norwegians on July 22. In his manifesto, Breivik rejects “illusions of democratic change” and argues that only revolutionary violence can thwart the Islamization of the West. He is wrong — and the steady legislative march to proscribe criminal-enabling and female-subjugating Islamist attire proves it.