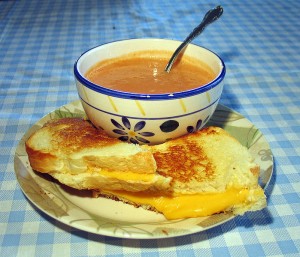 Senomyx is a biotech company that produces artificial flavors.  It enhances the way our food tastes.  They are so clever their website states that they “focus on the discovery and development of savory, sweet and salt flavor ingredients.”  Last year another discovery was made, that Senomyx uses, in its research, HEK 293.  HEK 293 are the human embryonic kidney cells taken from an electively aborted baby to produce those receptors for food enhancement.

When Children of God for Life’s Debi Vinnedge pointed out, in a letter, to Senomyx CEO Kent Snyder, last year, that his company was using HEK 293 and there were humane alternatives.  He ignored it.  Children of God for Life then decided to call for a boycott of companies that knowingly use Senomyx flavor enhancers in their food products.

COG first wrote to Nestlé and asked them to stop using Senomyx flavor-enhancer.  The company finally responded and admitted the truth about their relationship with Senomyx, noting only the cell line was “well established in scientific research.”  But was it moral?  Was it humane?

“They could have easily chosen animal, insect, or other morally obtained human cells expressing the G protein for taste receptors,” Vinnedge said

Pepisco didn’t quite understand the gravity of what Children of God for Life was trying to tell them.  Pepisco wrote back, “We hope you are reassured to learn that our collaboration with Senomyx is strictly limited to creating lower-calorie, great-tasting beverages for consumers. This will help us achieve our commitment to reduce added sugar per serving by 25% in key brands in key markets over the next decade and ultimately help people live healthier lives.”

Healthier for Pepisco customers, not so much for those involved in the elective abortions that gave us these flavor enhancers.  Remember that when we are talking about HEK 293.  The original source of those cells was a healthy baby!  Who was electively aborted.  And that baby wasn’t the first one that was “just right.”  No, the name HEK 293 means it was the creator’s 293rd experiment.  Meaning that 292 babies died before we found HEK 293.

Campbell Soup however, after initially saying they would not sever ties with Senomyx, did have a change of heart and told Debi Vinnedge, just hours after the boycott began.

“Within hours of our press release, Children of God for Life received notice from Campbell Soup that they have severed their ties with Senomyx,”  reported Vinnedge.

Consumers can see the list of other companies that continue to use  Senomyx in their food manufacturing.  You can also go to this direct link for the mailing addresses for Senomyx and the companies that do business with them: www.cogforlife.org/senomyxalert.htm.