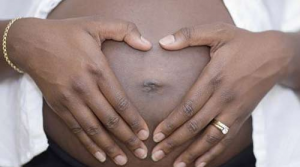 Through the years I have done more than my fair share of writing about the abortion statistics in the Black community, of Planned Parenthood’s Margaret Sanger and her Negro Project, and of New York City’s black abortion rate that has hovered at 55-60% of all black pregnancies. It is appalling that a population demographic representing 13% of the national population should have upward of 37% of the nation’s abortions. Some 20 million over the past 43 years.

Toward that end I have promoted the movie, Maafa 21, which documents the eugenic agenda afoot in this nation for well over a century. Five years ago I helped to organize in Harlem a rally with prominent members of the black pro-life leadership, as New York City was busy passing legislation meant to cripple our thin line of crisis pregnancy centers. In that fight I gave testimony to the City Council, making known the NYC Vital Statistics report which detailed the 60% abortion rate among blacks.

For six years I have made all of this known, and simultaneously fought the urge to ask the broader question, to address fully the hateful phenomenon afoot in Black America. It is a question that must be asked, and must be dealt with, if this scourge in the inner city is ever to be brought to heel.

Is what is happening simply and solely genocide, or are we witnessing a race-based version of assisted suicide?

That one question begs several more.

Are blacks perpetual victims? Are they really as susceptible to outside forces as some would have us believe? Where does genocide end and suicide begin?

In 1838, the future great emancipator, Abraham Lincoln, gave his famous address to the Young Men’s Lyceum of Springfield, Illinois. His words then, dealing with slavery and the nation’s future can and must be applied to the nation as a whole today, but should also be taken to heart by the black community and those who would portray them as hapless victims of an abortion juggernaut:

“Shall we expect some transatlantic military giant to step the ocean and crush us at a blow? Never! All the armies of Europe, Asia, and Africa combined, with all the treasure of the earth (our own excepted) in their military chest, with a Bonaparte for a commander, could not by force take a drink from the Ohio or make a track on the Blue Ridge in a trial of a thousand years. At what point then is the approach of danger to be expected? I answer. If it ever reach us it must spring up amongst us; it cannot come from abroad. If destruction be our lot we must ourselves be its author and finisher. As a nation of freemen we must live through all time or die by suicide.”

Lincoln was quite correct. As a nation of free men and free women, our destruction is inflicted from within. We tolerate not only the evil of Planned Parenthood and the abortion industry, but err in portraying blacks as hapless victims.

They aren’t. No more than hispanics, asians or whites are hapless victims.

That isn’t to say that blacks aren’t especially targeted by this industry. They are. But they also consent, and so the abortion mills go where the business is good.

To be certain it is a many tentacled monster, and welfare, the destruction of the black family, etc… all play a role. But the time has come to address the issue of a suicidal impulse, of which abortion is only a part, albeit a vital part.

The great lesson of the Abolition Movement, of a civil war in which over 600,000 Americans lost their lives, of the Civil Rights Movement, is that Blacks are fully human.

It is as patronizing and paternalistic to portray the black community as hapless victims as it was to suggest that slavery was a mercy for those not equipped to function in western civilization.

As Lincoln said 22 years before that great American tragedy,

“If destruction be our lot we must ourselves be its author and finisher. As a nation of freemen we must live through all time or die by suicide.”

I have come to believe that it is less genocide and more suicide with black abortion.