Trending Now
You are at:Home»Featured»Book Review: Citizens of the Heavenly City: A Catechism of Catholic Social Teaching
By John M. DeJak on January 12, 2012 Featured, On Books 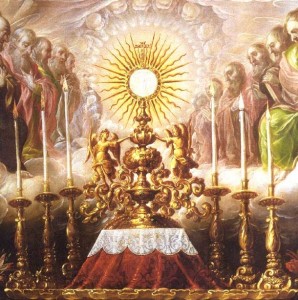 The great G.K. Chesterton once quipped: “When you break the big laws, you do not get liberty; you do not even get anarchy. You get the small laws.” Dr. Arthur Hippler’s Citizens of the Heavenly City : A Catechism of Catholic Social Teaching is a book about the big laws. One of the beauties of Catholic Social Teaching (CST) is that it is nothing other than the practical application of the Ten Commandments. We know in our hearts and have been taught since we were children that these are non-negotiables. Yet, specific circumstances call for the application of these “big laws.”  This is more difficult and requires the employment of practical prudence. If we don’t employ such, then we get stuck with a bureaucratic state of small laws—such is what we have.

Citizens roots CST where it belongs: in the natural law and the perennial moral teaching of the Church. That moral teaching encompasses Divine Revelation in the Scriptures and Sacred Tradition as explicated by the Fathers and Roman Pontiffs. There are too many books and articles on CST that begin with Pope Leo XIII’s great encyclical Rerum Novarum (1891). While this is understandable, starting there does a disservice to the tradition, perhaps leading one to believe that CST is a novelty or at least of rather recent vintage. The only thing recent about it is the “new things” (or new circumstances) that Pope Leo (and subsequent popes) rightly called to the attention of the world.

Central to CST is the concern of Mother Church for an individual person’s soul as well as that of society. Since human persons are social by nature they form communities and the proper conduct of individuals in communities and the greater community towards individuals is of central concern. Indeed the notion of the common good appears in this context. This is a phrase that has been much abused in recent decades especially since ideologies and movements hostile to the Faith (e.g., communism, socialism, laissez-faire capitalism) have utilized the same vocabulary. Hippler makes very clear at the beginning of the book the definition of the common good: “a common good is a good that can be shared in by all and does not diminish when it is divided.”  Further,

[a]ll law is ordered to the common good. When we make laws, we do not have in mind the good of individuals, but the good of the whole community (Catechism of the Catholic Church, no. 1898). Not only is this true of the laws we make in our states and countries, but it is also true of the laws that come to us from God. But God is directing us to a good beyond the earthly good of our own country.  He is directing us to Himself, for He is the most universal common good. In the heavenly city, we share in God’s goodness, and no one’s share in that goodness takes away from another’s. (Citizens, p. 3)

This key understanding of the common good should be recalled by all who would seek to address the social questions of our day. It is especially key if one wishes to utilize the machinery of government and law to effect social change. The most significant challenge that CST faces in the United States is the de facto state religion of secular humanism. CST is a threat to the ruling elites who would prefer a terrestrial kingdom to the Kingdom of Christ, and it seems that these have ensured the continual entrenchment of secular humanism as the defining American philosophy. As Pope Pius XI said in his encyclical on the Kingship of Christ: “As long as individuals and states refuse to submit to the rule of Our Savior, there would be no really hopeful prospect of a lasting peace among nations” (Quas primas, no. 1). 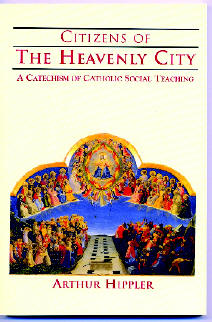 Having established the basis and end of CST, Dr. Hippler then proceeds to take the reader through the Ten Commandments and their particular applications to societal concerns. He does not shy away from the tough questions and highlights some essentials that most books and articles on CST neglect. The beauty of the book is that all of today’s moral concerns are seen in the light of the tradition of the Church. There are distinctions between the gravity of certain issues and their solutions, to be sure, but the proper response is the one that accords with the natural law and the law of God. Issues include: “Blasphemy and Free Speech,” “Marriage and Divorce,” “Contraception and the Common Good,” Man’s Stewardship over Nature,” Economic Injustice, Theft and Fraud,” “Just Wage,” and “The City of God and the Common Good” among others.

To this reviewer, one of the most significant aspects of the book is the necessity of the true worship of God as an essential to the common good. Indeed the Mass is where man meets the highest good! Here Dr. Hippler brings light to an often neglected or misunderstood topic and shows how the Church’s liturgy is just as significant to the transformation of society as are the corporal works of mercy. On true worship and its necessity, Hippler states:

This “eclipse of the sense of God” [referencing Blessed John Paul II’s Evangelium vitae]is most evident when we fall into the error of thinking that the right worship of God is unnecessary for our society… As Catholics, we certainly do not believe that people should be “forced” to worship, that the laws should compel people to religious beliefs which conflict with their own (Catechism of the Catholic Church, no. 2106). For the sake of the common good, we must tolerate those who do not share our faith. At the same time, we must recognize that the Mass is the one true sacrifice that God has given us to reconcile us with Himself. And the more that unbelievers, through the grace of conversion, come to share in the richness of the Mass, the more abundantly these graces will benefit society (Citizens, p. 26).

Citizens is an excellent primer in the Church’s social doctrine. Handy study questions that follow each chapter make it perfect for classroom use as well as for independent study with friends or within the parish. The book is a faithful synthesis of basic principles and contains much wisdom from the Church’s tradition. In the final analysis, all Catholics should (to paraphrase Chesterton) break the conventions by keeping the commandments. In keeping these big laws, we help to build the Empire of Christ which includes not only Catholic nations, not only baptized persons who, though of right belonging to the Church, have been led astray by error, or have been cut off from her by schism, but also all those who are outside the Christian faith; so that truly the whole of mankind is subject to the power of Jesus Christ (Pope Leo XIII, Annum sacrum, no. 3).