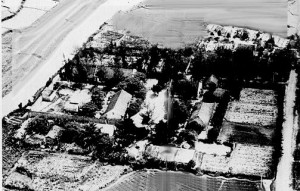 On March 19, speaking at a Morris Township, New Jersey Democratic Party fundraiser, Vice President Joe Biden provided what may be the mother of all election year bumper stickers when he asserted, “Osama Bin Laden is dead and General Motors is alive. Think about it.” To help wrap our minds around these two facts, referring to the May 1, 2011 raid that killed Bin Laden, the Veep boasted, “You can go back 500 years. You cannot find a more audacious plan.”

Indeed the raid succeeded. No Americans were killed. On the down side, the United States left behind a stealth helicopter for the Chinese and Russians to reverse engineer. Nevertheless, President Obama made the right call. Seal Team Six performed magnificently.

But the most audacious plan in 500 years? No way. Just keeping it to raids, the November 20, 1970 Son Tay Raid conducted by U.S. Army Special Forces in conjunction with the U.S. Air Force Aerospace Rescue and Recovery Service was far more audacious in concept, planning, and execution. The Son Tay Raid involved two C-130E assault transports, an HH-3E Jolly Green Giant, and five larger HH-53 Super Jolly Green Giant rescue helicopters flying at night, at altitudes below 500 feet for 200 miles across northern Laos into North Vietnam to a prison camp located 28 miles north of Hanoi. The objective: free American prisoners of war thought to be held in the camp.

Planning for the raid started in June 1970 with practice conducted at night on a collapsible replica of the Son Tay prison located deep inside the swamplands that are part of Eglin Air Force Base, Florida. Every morning, the “prison compound” was dismantled to prevent Soviet reconnaissance satellites from discovering it. Dubbed “Operation Ivory Coast” to divert speculation from Southeast Asia to Africa, the raiders were not told of their objective until hours before the raid, which departed Udorn Royal Thai Air Force Base, Thailand just after dark.

The raiding party arrived intact. Enemy radio intercepts indicated a major invasion was under way and, perhaps, the United States had used a nuclear weapon. I know. I was one of two intelligence watch-officers on duty at Udorn when the raid took place. Unfortunately, the prisoners had been moved out of Son Tay months before the raid, leaving behind a small contingent of guards who died that night. The raiders also killed up to 200 enemy sappers undergoing training at a school located a quarter mile from Son Tay. The only losses were the HH-3E, which was purposefully crashed into the compound so that Special Forces troops inside could neutralize the defenders before they had a chance to kill the prisoners, and an F-105F Wild Weasel badly damaged while attacking a surface-to-air missile site. Before departing Son Tay, the raiders destroyed the chopper, and a returning Jolly Green Giant picked up the two-man crew of the F-105. A North Vietnamese MiG-21 was lost after a rescue chopper it was pursuing at tree-top level hopped over a mountain ridge into which the pursuing MiG plowed.

The raid showed Hanoi’s leadership how vulnerable it was to attack and focused the world’s attention on the plight of American POWs held in North Vietnam. It also increased the morale of prisoners who knew they had not been abandoned. Finally, fearing the United States might attempt another raid; the North Vietnamese moved all POWs from outlying camps into two or three central complexes in Hanoi. This afforded the prisoners more contact with each other and helped establish who remained alive.

Just as audacious was the 1976 Entebbe Raid, Operation Thunderbolt / Operation Yoni, conducted by the Israelis to rescue Jewish passengers being held captive in Uganda by Palestinian and German terrorists. Operations Ivory Coast and Thunderbolt/Yoni are just two recent raids conducted within the past few decades. The action in Pakistan last May did not begin to approach in audacity the larger—and far more complex—operations like the Inchon landing in September 1950 or D-Day landings in Normandy on June 6, 1944, in planning or execution.

What is audacious is Biden’s indefensible claim. But, then, what else can the administration point to with pride? Doubling the national debt in three years? Half-a-billion dollars wasted on Solyndra? The Chevy Volt subsidized at $240,000 a copy? The administration might brag about the withdrawal from Iraq if the country weren’t edging toward anarchy. There’s no lauding the strategic ineptitude of declaring a withdrawal date from Afghanistan, an act giving the Taliban every reason not to negotiate. Can the administration brag about the unpopular healthcare reform that Biden dubbed such a “big [expletive]deal?”

For an administration with lots of failures and few successes, bumper-sticker history may be all they’ve got.