Trending Now
You are at:Home»Featured»Call for Federal Investigation of Fetal DNA/Autism Vaccine Link
By Children of God for Life on May 15, 2011 Featured, Life Issues & Bioethics 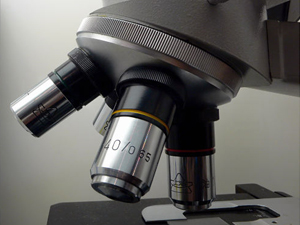 Children of God for Life ( www.cogforlife.org )  and Sound Choice Pharmaceutical Institute ( www.soundchoice.org ) are calling on federal officials to investigate the cause of autism in children who have received vaccines produced using aborted fetal cell lines.

Past studies have focused on the use of thimerosal in vaccines as reason for the rise in autism.  However, despite the removal of this preservative, autism continued to rise, leaving many to assume there was no link between vaccines and autism.

“Change-points in the rise of autism do not coincide with Thimerosal in childhood vaccines,” stated Dr Theresa Deisher, Chief Scientist and founder of Sound Choice Pharmaceutical Institute (SCPI). “However, those change-points do coincide directly with the use of human fetal cells to produce vaccines.”

In March 2010 the Environmental Protection Agency published a study identifying what is called a ‘change-point’ in US and worldwide autism rates. Taken together, the work at SCPI and the EPA publication establish three US change-points for autism disorder; 1981, 1988 and 1996, whereby some sort of exposure or environmental trigger affected children born in and after those dates.  That trigger was the introduction of fetal DNA in vaccines.

In 1979, Merck’s MMR vaccine, which uses fetal cell lines in the rubella component, was licensed for use in children beginning at 12 months of age. Autism in the US began to rise in 1981, then spiked dramatically between 1983 and 1990 and again in 1996. In 1988, measles outbreaks caused a massive MMR vaccine compliance campaign which increased vaccination rates from 49% to over 82% by 1991. And in 1989, a second dose of MMR was recommended for children who were not immune to measles after only one dose. Then in 1995, the US licensed Merck’s Varivax varicella (chickenpox) vaccine.  Like the MMR, Varivax also uses fetal cell lines and is given to children aged 12-18 months of age.

Deisher’s study and the EPA change-points reveal the same results for the UK, Canada, Denmark, Japan, and several South East Asian countries as the fetal vaccines were introduced to those markets.

“These vaccines are contaminated with human endogenous retrovirus K (HERVK) that is in the same family as the MMLV virus that induced leukemia in young boys in gene therapy trials”, noted Dr Deisher.  “Additionally, the vaccines contain significant residual human DNA fragments that can insert themselves into vaccine recipient cells through a process known as homologous recombination.  This insertion can cause genomic disruption resulting in autism.”

The early findings of Dr Deisher drew the attention of at least one other well-known scientist from the pharmaceutical industry, Dr Helen Ratajczak. In her paper published in the Journal of Immunotoxicology she noted that thimerosal was removed from the MMR vaccine in 1979.

In a March 2011 CBS news interview Dr Ratajczak stated, “That DNA is incorporated into the host DNA. Where is this most expressed? The neurons of the brain. Now you have body killing the brain cells and it’s an ongoing inflammation.”

Children of God for Life’s Executive Director Debi Vinnedge was not entirely shocked by the findings.

“While we have focused primarily on the moral aspects of using aborted fetal material, the question of that DNA’s impact on autism have remained unanswered”, she stated.  “It is critical that Dr Deisher’s work is explored further, especially since the FDA is well aware of the dangers of extraneous human DNA in vaccines.”

In the 2008 journal Biologicals, (pg 184-197) FDA scientists stated the danger of residual DNA in vaccines “has been debated for over 50 years, without resolution”. Those dangers include cancer, autoimmunity and genomic disruption.

More startling is the amount of DNA Deisher found in these vaccines.  While the FDA guidelines allow for no more than 10ng per vial, on average the rubella vaccines contained over 140 ng per vial.

“I would call this a ticking time bomb, except in this case, autism has already exploded”, stated Vinnedge.  “The CDC and FDA need to recognize the importance of this new evidence and provide real solutions for parents.”

Children of God for Life