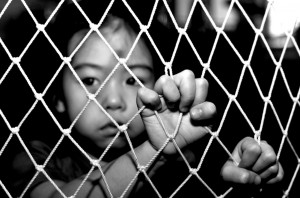 The United Nations’ latest report on human trafficking should drive fear into our hearts and souls. But what exactly is this crime?

According to the United Nations, the problem centers on the sexual exploitation of women and girls. The report was scoured in an effort to discover whether or not the United Nations was also tracking the trafficking in human organs and fetal tissue, but sadly neither of those topics is addressed. It has been four years since those topics were analyzed, and yet the problem continues. In fact, it is growing.

The phenomenon of “transplant tourism,” where people travel to the developing world to “purchase” kidneys and livers, has been discussed for a number of years, and some countries (such as Kuwait and Pakistan) have very loose legal standards regarding this practice. The practice of trafficking humans specifically for organ harvesting is still relatively new to law enforcement, requiring heightened awareness in the international legal community. “According to the World Health Organisation, as many as 7,000 kidneys are illegally obtained by traffickers each year around the world.” The most recent case occurred in Great Britain and involved a young girl who was brought in from Somalia with the intention of removing her organs and selling them to those who were desperate for a transplant.

The reason this atrocity should concern people who are genuinely committed to restoring a culture of life is really quite simple: Whether we are talking about young girls sold into slavery for purposes of sex, young boys and girls used as organ harvesting farms for the wealthy, or young girls exploited by the abortion industry, the same fundamental problem exists—the intrinsic value of the individual person is no longer of any concern. And sadly, this is so among a growing number of people, not only in America but around the world.

Let’s sharpen the focus and look at another example of a similar crime against humanity occurring in the state of California right now. “Currently, California mandates that only a certified veterinary surgeon is allowed to perform abortions on animals.” But with the passage of AB 154, it is now legal for nurse practitioners, certified nurse midwives, and physician assistants to abort human babies by using invasive surgical procedures. Is California telling us that the lives of animals are of greater importance than the lives of humans?

Further, as recognized in a 2011 UNESCO (United Nations Educational, Scientific and Cultural Organization) report, reproductive cloning research techniques—techniques that imply implanting an embryo derived by genetic engineering techniques into a woman’s uterus—are already available. This is simply a scientific form of human trafficking. The human being is created in a science lab for the express purpose of collecting a large sum of money from a couple desperate for a child, but not necessarily comprehending how this particular baby came into being.

The tragic thread that connects the dots in this puzzle involves the use and abuse of persons. There is nothing more difficult to understand than pure, unadulterated disregard for individual intrinsic human rights and the value that accompanies such rights. Once a single human being is treated as nothing more than a salable or disposable piece of junk, none of us are safe from the trash heap.

This is why our quest for justice will never stop, even if only one pro-life adherent is left to draw a breath.