Trending Now
You are at:Home»Featured»Calling Home Child Soldiers in Uganda
By ACN-USA News on May 30, 2013 Featured, International Issues, Those in Need 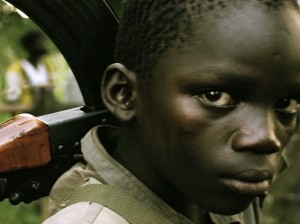 A Catholic radio station in Uganda has been integral in calling home hundreds of child soldiers, according to a local Catholic leader.

Bishop Giuseppe Franzelli told international Catholic pastoral charity Aid to the Church in Need (ACN) that “Radio Wa” had encouraged more than 1500 child soldiers to flee and return home in the period during and immediately following the civil war.

The north Ugandan Diocese of Lira had been hard hit by war, and the radio station itself was set ablaze by LRA rebels in 2002 during the civil war and had since been housed in temporary accommodation

But a new building has been recently inaugurated for Radio Wa, which the bishop said had contributed greatly in the diocese to the cause of peace and reconciliation.

“We’re now in a phase of reconstruction and healing,” Bishop Franzelli said, and the expansion of the radio station was making it possible more effectively “to reach the people and help them with information and advice.”

Not only Catholics are being reached, but the whole population, according to the bishop, who also described the station’s general mission: “The station wants to proclaim the glad tidings. In this, transmission of the faith is just as much part of the agenda as practical counseling.”

ACN has given $19,400 to support the expansion of the radio station. Two new studios have been built, as have a cabin for live transmissions and offices.

Aid to the Church in Need had previously helped provide the station with technical equipment.

Thanking ACN, Bishop Franzelli said, “The help we have received to developing Radio Wa encourages us to carry on.”