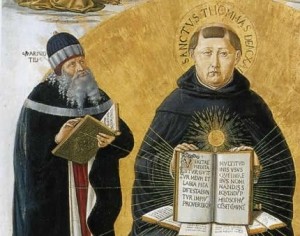 The term “vegetative state” became popular at the “birth” of bioethics (1978 Belmont Report). It is traced to the “delayed personhood” arguments used at the beginning of life issues: first the vegetative soul is present, then later the sensitive soul is added, and finally (about 3-4 months) the rational soul is added. Then and only then is there a human being with a rational soul to be respected. St. Thomas (following Aristotle), as well as many religions today still follow that odd and scientifically/philosophically false dictum.

What bioethics did was also reverse this dictum to end of life issues — and this was taught in a major seminar at a Georgetown bioethics conference early on (about 1990). Those of us in the seminar on “euthanasia” were taught that — just as there is a series of souls at the beginning of life — at the end of life the reverse happens (supposedly adapted from St. Thomas): in the dying patient, first the rational soul leaves the body, then the sensitive soul leaves the body, and finally the only thing left there in the patient is the vegetative soul — and thus there is no “person” really present! Of course, that would also mean that with euthanasia, physician assisted suicide (PAS), and organ transplantation, the use of such “vegetables” in human research, etc., would be “ethical”.  This concept of the “vegetative state” was immediately picked up by one of the first new bioethics international centers in France — INSERM. They were the ones who really popularized the phrase.

Of course, St. Thomas (and Aristotle) were systematically required as classical realist philosophers to start their philosophizing with empirical facts, and those that they “started” with in their “delayed hominization” arguments were empirically false; they both still believed that there were only 4 material elements in the natural world: air, earth, fire and water! Needless to say, whatever philosophical personhood concepts they arrived at from that false empirical starting place would be erroneous. But if you look at both St. Thomas’ and Aristotle’s systematic dogmas on the “soul”, both taught that there was only one soul with three powers — the rational soul — that includes virtually both the sensitive and the vegetative powers.

Therefore, there cannot be three human souls, and there can be no “splits” among the three powers of that one single human soul; nor can there be any “split” between the whole rational soul and the human material body. The human soul and human body come into existence simultaneously. So for both of them, their systematic philosophical principles would contradict their own attempts to argue for “delayed personhood”. Therefore, they would never have agreed that at the end of life there is only a “vegetative” soul present (and thus no “person”).

As an Aristotelean Thomist myself, I wrote an article on this last year, with extensive direct quotations from both Aristotle and St. Thomas, using the wonderful encyclical of Pope Leo XVIII as a backdrop: “’Revival’ of St. Thomas’ Philosophy – Yes, But Not His Erroneous ‘Delayed Personhood’ Argument; Concerns for Beginning and End of Life Issues” (April 4, 2011).

So, the current efforts to call these poor vulnerable patients “vegetables” cannot be sustained academically or philosophically any more than can “delayed personhood” at the beginning of life. The only reason these terms continue to be used is purely political.