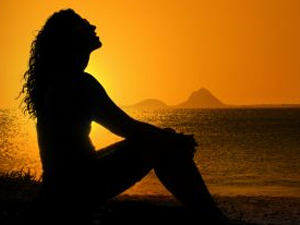 Seems like, lately, everyone’s been writing about how much women should wear, why it matters (or doesn’t), how too-strict standards can be emotionally damaging, and how we’re all contributing to the rape culture. I agree that modesty is important, but I’m sensing an unhealthy dose of fear, insecurity, judgment, and tunnel vision. Guys, we all need to chill out and get some perspective. It’s not as big of a deal as we’re making it.

Men and women, all striving for chastity, often get in petty spats because they misunderstand each other. Men are frustrated that women wear yoga pants; women find them comfortable and wish men would make eye contact instead of accusations. Then there’s the classic, “if men can swim in shorts, why can’t women?” followed by a cold-shouldered “you don’t even understand!” It goes back and forth until everyone is exasperated and distracted from the important things in life – like love, respect, courtesy, and recognizing human dignity.

We’re stressing about it too much. Everybody has different standards of modesty, and – wait for it – that’s okay. The Church has never defined what types of clothing are acceptable, and for good reason. She expects us to practice the virtue of prudence in applying a timeless truth to our particular situations. Women vary in what they’re comfortable in; men vary in how much skin is tempting and how much temptation they can handle.

If we’re all going to pursue chastity and treat each other with dignity, we have to realize that we all see the world differently, we all see each other differently, and we have to meet each other halfway. Men, not every woman-striving-for-chastity will dress in a way that meets your individual needs. Women, not every man-striving-for-chastity will look at you without temptation. Do what you can, and understand that others are trying, too. Nobody’s going to be perfect at it, and nobody’s standards are identical to yours.

The myth that women can, by their virtue and captivating beauty, inspire men so as to change the hearts of the filthiest scoundrels into havens of virtue, frankly, is stupid. Men who make catcalls are going to make catcalls no matter what you’re wearing; men who sexually abuse women are going to do so whether they’re in bikinis or long skirts. Men who are striving to respect women, men who struggle with lust (instead of bowing to it) – those are the men who appreciate women dressing modestly. If you dress in a way that says “I respect you, and I respect myself,” it’s a lot easier for men to say “I respect that.”

Respect is where we ought to be focusing. We get so worked up over men not lusting after women and men not seeing women as a collection of body parts that we forget how men should see women. Here’s an oft-missed point: it is good and healthy – not just okay but good and healthy – for men to find women attractive, even sexually attractive. The reverse is also true. We should like each other. It makes no sense to believe in a God who says “be fruitful and multiply” on one hand and “don’t be attracted to each other” on the other hand. He never said the second.

Attraction and lust are entirely different things. When young men get don’t look at her butt training, they confuse healthy attraction with lust and try to banish it all. That leaves them sexually confused and scrupulous, and it’s not too far of a stretch to go from “she’s attractive” to “this must be lust” to “would she please put more clothes on.” When young women get cover up for creepers training, they do so dutifully and wonder if they will ever find a decent man to marry. They struggle to reconcile their desire to be attractive and loved with their desire not to be creeped on. It perpetuates the myth that men are fundamentally incapable of authentic love.

Here I would like to propose that we stop talking about modesty altogether, because I’m tired of it, but that’s not the right approach. Instead, let’s try some perspective. Men, be chaste; if you need to look away, do so out of respect for the woman, not judgment. Be patient; know that those of us who are trying really are trying and those who aren’t trying probably won’t no matter what you say. Try to understand that it’s often very difficult for us to find clothing that’s cute, modest, and reasonably priced. Women, dress respectfully. Try to understand that men see the world differently, and the ones who are trying really are trying. Level-headed men can give you a helpful perspective on what that skirt looks like to men, but know that individual men differ and ultimately, you can make your own clothing decisions. If a man calls you a temptress or a slut, ignore him. Know that he doesn’t represent all men.

We already spend plenty of energy to uproot sin. This is good; let’s keep at it. But let’s also watch out for pride, anger, resentment, impatience, frustration, scrupulosity, infighting, and disunity – these are all sins or symptoms of sins, and if this is where we’re headed, we haven’t gotten any holier. This should be our focus: love, human dignity, and respect. It’s sin we’re fighting, not hemlines.

This article originally appeared on Ignitum.com and is used with permission.