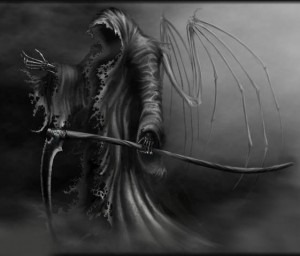 I spent this past weekend in Montreal, Canada, where despite the expected joie de vivre that Francophone cultures are prone to celebrate, the province of Quebec seems to be spending more time and energy focused on death rather than life.

Last year the Supreme Court of Canada overturned the country’s ban on physician assisted suicide and directed provinces to enact guidelines for regulation of the practice. As Wesley J. Smith has observed, Canada—the newest country to allow for this practice—will soon surpass Belgium and the Netherlands in terms of just how radical their policies will be.

In the latest statement from the Canadian Association of Physician Assistants, the body declared:

In some instances where the supervising physician feels that it is appropriate and the situation warrants it, regulated PAs should be permitted to administer medications that provide an assisted death. This would occur by way of delegation and the physician would assume ultimate responsibility for the act.

In other words, Canada wants to fast forward from physician assisted suicide to allowing physician assistants in on the action, as well. One wonders if it will stop there…but count me as a skeptic.

Now some might be tempted to think that these are rare examples and that such occurrences if they happen at all and will be isolated. But as I was riding in taxi one radio commercial was specifically dedicated to assuring Quebecers that “improved end of life options” are coming soon. Not only is the Quebec government eager to allow for it—they’re advertising it, too.

Alexadre Dumas, one of the most popular French writers of the nineteenth century, once wrote “It is necessary to have wished for death in order to know how good it is to live.” For his French cousins in Quebec, the good of living now seems to be entirely eclipsed by the demand for death.