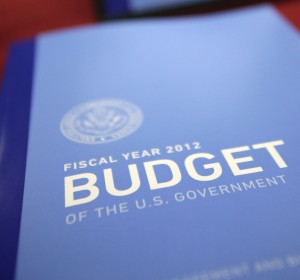 As Congress struggles to balance our out-of-control federal budget, the United States Conference of Catholic Bishops (USCCB) has officially put its oar into the debate. In an open letter to congress, the USCCB (along with Catholic Relief Services), told federal budget-crunchers exactly what programs they thought should be sliced from the budget. And, (surprise surprise) they are the same programs that we at PRI recommend cutting.

The letter was specifically addressed to the ponderously-titled Subcommittee on State, Foreign Operations and Related Programs, which is essentially the group of lawmakers who decide how to spend our foreign aid dollars. In the letter, the USCCB gave a ringing endorsement to the Mexico City Policy, the Helms Amendment, and the Kemp-Kasten amendment, saying:

As you consider appropriations language, we strongly support restoring the Mexico City Policy against funding groups that perform or promote abortion, and denying funding to the U.N. Population Fund which supports a program of coerced abortion and involuntary sterilization in China.

It is also important to preserve the Helms Amendment, prohibiting U.S. funding for abortion, and the Kemp-Kasten provision, prohibiting support of organizations involved in programs of coercive abortion or involuntary sterilization.

Why does the Catholic leadership recommend these policy adjustments so forthrightly? Aren’t policy matters supposed to be prudential concerns, decided by the state and left alone by the Church?

Yes and no. Obviously, the Catholic Bishops Conference has no legislative authority. But when it comes to issues like abortion, the Church has always taken an unequivocal stance against the practice and has strongly opposed spending public money on it. And as such, it is well within the Church’s rights to make public recommendations based on these views.

Which is exactly what they did, by unequivocally supporting legislation that restricts or prohibits the use of federal money to fund abortion. By doing this, the Church made it abundantly clear that, while it supports many of the activities that federal foreign aid dollars go toward, it will never, ever bend on the issue of abortion.

That being said, the letter makes positive recommendations as well. According to the USCCB, when not being lavished on abortion and other destructive measures, American foreign aid funds are actually a very good thing. As such, the budget shouldn’t simply be haphazardly sliced, but should be trimmed in such a way that its positive programs can continue to do their important work.

“We welcome appropriate efforts to reduce our nation’s deficit and debt,” the letter says, “but we urge the Subcommittee to work with other members of Congress to be fiscally responsible in morally appropriate ways.”

And what, according to the Bishops, count as a “morally appropriate” way to control the budget? By prioritizing the dollars the way the Church has always requested they be prioritized: placing the poorest, the most vulnerable, and the weakest at the head of the line. The letter charges the Committee to “give priority to those who are poor and vulnerable at home and abroad” and to “cut with great care, eliminating only those expenses unrelated to basic human needs and development.”

This is a stinging blow in the face of all of those who claim that the Catholic Church is willing to cut an indiscriminate swathe through American aid services, so long as abortion is kept out of the picture. The very opposite is the case. The Church recognizes that its commitment to taking a stand against abortion comes with a very positive responsibility: a responsibility to provide real aid and succor to the poor and needy. This is why the Church supports many legitimate American aid projects.

And this is why the Church supports policies like the Mexico City Policy and others that protect life from conception. We couldn’t agree more. Stand with us, and the Catholic Bishops. Sign our petition to bring back the Mexico City policy.