Trending Now
You are at:Home»Featured»Catholic Romance Novel Shows Sacrifice at the Heart of Love
By Karee Santos on August 13, 2014 Featured, On Books 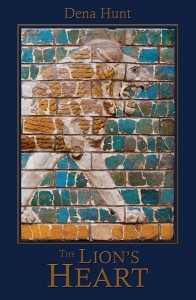 Just as the movie Brokeback Mountain paved the way for widespread acceptance of homosexual love affairs, the novel The Lion’s Heart is poised to do the same for the Catholic view of homosexuality. Almost certainly the first of its kind, this gay Catholic romance novel was written by Dena Hunt (also author of Treason) and published by Full Quiver Publishing, a small Canadian company dedicated to promoting Pope St. John Paul II’s Theology of the Body (“TOB”), mainly through the medium of fiction.

The love affair between the two main characters, Paul and Max, is real, raw, and tragic. Paul is an art gallery director comfortable in his homosexuality, but vaguely dissatisfied with his life of one-night stands. Max is the husband of an art gallery employee and father of two children. When the two men meet, Paul is drawn to Max because of Max’s maturity, stability, and deep-rooted intuitive grasp of the values of marriage and family.

With deft skill, the author depicts a romance that is tasteful rather than crude. As the relationship between Paul and Max progresses, the affair erodes the qualities in Max that had made him appealing in the first place. Max’s views on love, parenthood, and society descend into a torturous confusion that even Paul cannot abide. “Falling in love with a man does not justify re-writing all of history,” Paul argues. But for Max, it does.

The Lion’s Heart is part of a growing effort of faithful Catholics to reach out to the gay community. As conceded in the recent video “The Third Way,” featuring TOB experts Chris West and Jason Evert, the Church could be doing a much better job of welcoming those with same-sex attraction. The idea of “love the sinner, hate the sin” does not resonate with those conditioned to believe that what they do is synonymous with who they are.

Since serious hatred itself is a sin against the Fifth Commandment, perhaps we should dispense with the language of hatred altogether. There is a similar problem with the terminology of disordered attraction. It shuts people down and makes them unwilling to listen.

The book is endorsed by the Executive Director of Courage International, the Catholic organization dedicated to helping people with same-sex attraction lead a chaste life. Despite, or perhaps because of, its fidelity to Church teaching on homosexuality, Courage comes under intense hostile pressure from some Catholics and non-Catholics alike. For example, Courage made it into the news recently as the focus of a controversy involving Cardinal Spellman High School in the Bronx. The school had arranged for speakers from Courage to make a presentation about homosexuality to parents. Some prominent gay alumni objected, however, and the presentation was postponed indefinitely.

As public acceptance of homosexuality and homosexual relationships increases, the Church’s message of chastity and self-denial, as proclaimed by groups like Courage, gets thrown by the wayside. When confronted with the open homosexuality of a friend or family member, many people respond by encouraging those with same-sex attraction to enter into love affairs in the mistaken belief it will bring them happiness.

This increasingly common reaction took center stage in 2013 when Ohio conservative Sen. Rob Portman reversed his stance on same-sex marriage because of his son’s homosexuality. Portman said he followed his heart in reaching the conclusion that he wants all of his children, including his gay son, to have the joy and stability of long-term marriage. As a nation, we are in love with love, particularly romantic and sexual love, and we can’t see the possibility of joy or fulfillment without sex to go along with it.

But the Church teaches that personal fulfillment comes from mastering our desires, not giving in to them. Chastity is demanded of all, not just the gay or unmarried. In our society, artificial contraception has perpetuated the myth of constantly available sex and disrupted the previously crystal-clear connection between marriage and the creation of the next generation of children.

When the Church speaks out against the use of artificial contraception and in favor of methods that require periodic abstinence, it reminds us that marriage is more than religiously-sanctioned sexual pleasure. As human beings we are capable of intimacy that supersedes the sexual.

True love can exist between fathers and sons and between mothers and daughters. True love can even exist between best friends. But true love never willingly harms the object of its affection. As anyone who has been in a bad relationship knows, a sexual bond with the wrong person—regardless of gender—can cause profound psychological, emotional and spiritual damage, even if it feels like love at the time.

The Lion’s Heart treads a narrow line by vividly depicting the inherently destructive nature of the characters’ homosexual relationship, while evocatively portraying their love and affection for one another. In the end, it is love that pushes them to sacrifice for the good of the other.

Multi-dimensional and complex, The Lion’s Heart has something to attract and discomfit people at nearly every point along the spectrum of religiosity and sexuality—which is a good thing. I had to put the book down and walk away at one point because it was too painful to watch the character of a good man slowly be eroded. But I’m glad I returned to observe the romance’s bittersweet conclusion.

If I had to pinpoint one flaw in the book, I would say that the ending has too much gratuitous tragedy for my taste. The love triangle between wife, husband, and gay lover is tragic enough on its own. But The Lion’s Heart is well worth reading for its bold and audacious challenge to prevailing perceptions and misperceptions of homosexuality. With broad enough exposure, the book may succeed in changing more than a few hearts.