Trending Now
You are at:Home»Featured»Catholics Unite: We Are Not Second-Class Citizens
By Colin Mason on February 8, 2012 Featured, Law & Justice, Life Issues & Bioethics 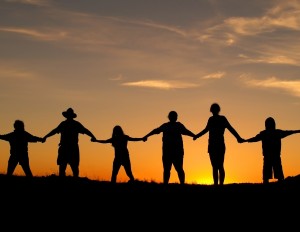 Sometimes, an outside force attacks the Catholic Church in such a way that it creates a swathe of very public unity amongst Catholics.  These attacks are rare in this country.  However, the Obama administration, with the inexplicable boorish tenacity we’ve come to expect from them, has truly risen to the occasion.

Back in December, PRI was among the first to report on the new HHS directive, a directive that requires all insurers to cover so-called “preventative services for women” (i.e., abortion).  The mandate lacks an adequate conscience clause for groups who have ideological issues with abortion (i.e., the Catholic Church):

The Sebelius directive starts off by mandating that all private insurance plans must pay 100 percent of the cost of all FDA-approved birth control (including abortion-causing devices and drugs like the IUD, ‘morning-after’ pills, and the drug Ella) along with surgical sterilization. The insurers are forbidden to charge the users of these deadly practices a co-pay, meaning that everyone who has health insurance will be collectively bearing the cost. (That includes you, since — in case you’ve forgotten — it is illegal under Obamacare not to buy health insurance.)

But Sebelius, who has been reprimanded by her bishop for advocating abortion, is not done with you yet. All insurers, her directive states, must also cover 100 percent of the cost of promoting early-term abortions, sterilizations, and contraception among all “women of reproductive capacity” through “education and counseling.”

Needless to say, the Catholic Church (with its prohibitions of abortion and contraception) found itself sitting directly in the crosshairs of this new mandate.  But the response — both from the pews and directly from the Catholic hierarchy — has been so explosive that some are nicknaming it the Catholic “uprising.”

The U.S. Conference of Catholic bishops came out swinging, releasing a video statement by USCCB president Timothy Dolan, as well as a general written statement.  According to the USCCB, the Obama administration “has refused to recognize the Constitutional conscience rights of organizations and individuals who oppose the mandate.”  The USCCB therefore urges “Catholics and others of good will to fight this unprecedented attack on conscience rights and religious liberty.”

Obama maintains that the mandate still respects conscience rights.  The USCCB was unimpressed, contending that “the exemption provided for ‘religious employers’ is so narrow that it fails to cover the vast majority of faith-based organizations … ironically, not even Jesus & his disciples would have qualified.”

The wave of Catholic solidarity has been nothing short of impressive.  According to some reports, 70% of American Catholic parishes communicated statements from their local bishops (or the priests themselves preached their own version of the message) exhorting the faithful not to follow the new mandate.

In other words, the Catholic Church, in an official capacity, is telling its faithful to practice full-on civil disobedience when it comes to this issue.

Example?  The joint statement released by Virginia’s two bishops states that the mandate “strikes at the fundamental right to religious liberty for all citizens of any faith,” and bluntly tells Catholics that “we cannot – we will not – comply with this unjust law.”

Prominent non-cleric Catholic leaders have jumped on the bandwagon too, including Peggy Noonan, who declared that “there was no reason to make this ruling—none. Except ideology.”  Even The Washington Post went to bat for the Church, contending that “requiring a religiously affiliated employer to spend its own money in a way that violates its religious principles does not make an adequate accommodation for those deeply held views. Having recognized the principle of a religious exemption, the administration should have expanded it.”

The ball is now in the Obama administration’s court.  It is clear that they have a crisis on their hands … a crisis that literally has most of the American Catholic Church in an uproar. As Peggy Noonan points out, there are nearly 78 million Catholics in the United States … who make up an astonishing 27% of the electorate.  This is especially significant when it is considered that many of Obama’s own voters were none other than these Catholics.  How does Obama expect these Catholics to react to this ham-fisted attack?

He certainly can’t expect them to vote for him in the upcoming election.

“There was no reason to pick this fight,” Noonan archly writes.  “There was nothing for the president to gain, except, perhaps, the pleasure of making a great church bow to him.”

Obama’s problem is that this great church is refusing to bow.  As Bishops Loverde and DiLorenzo write so strongly in their statement: “People of faith cannot be made second class citizens.”  The Church has worked hard to gain full religious freedom and equality in this country.  She is not about to give it up now.

So, Mr. Obama, the next move is yours. The Washington Post reports that there are signs that the administration might be cracking, willing to compromise on the issue. The Catholic bishops still contend that they have yet to be approached.

We can only hope that a rescinding of this mandate is in the Obama administration’s future. Because if there is one thing that has that has been made clear: Catholics aren’t bending on this one.