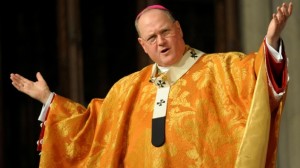 Dan Cathy, CEO of Chick-fil-A, made a simple statement that wound up creating an uproar among those who detest people of faith. Yet it inspired thousands to do as the cows in the Chick-fil-A commercials request—to eat more chicken! August 1 was a glorious day for hungry folks, people of faith, and commitment to work toward real equality for all Americans.

But the scenario that created the problem is what, to this very moment, troubles me greatly. All Mr. Cathy said was that he believed in the Biblical definition of marriage. That is his perspective and, as an American, he has every right to hold that view. Or does he?

Chicago Mayor Rahm Emanuel, for example, told the media that “Chick-fil-A values are not Chicago values,” thus attacking an entire company for the integrity of the company’s president. We can understand that Emanuel does not agree with Cathy, but why denigrate a large company? Is there such disdain for religious rights that no tolerance can be given to the faithful?

And that in a nutshell is my concern.

You see, I did not see any statement of support for Cathy’s statement from the leadership of the United States Conference of Catholic Bishops. And yet during the same week the uproar took center stage, we learned that a personal invitation had been extended to President Barack Obama by Cardinal Timothy Dolan to attend the Al Smith dinner in October. It was reported on July 31 that Obama accepted the invitation. This is exceedingly troubling as it sends a mixed message to America. On the one hand, it is well known that Cardinal Dolan has led the fight to oppose the Obama contraceptive mandate. Furthermore, he led the effort to sue the Obama administration over the mandate, saying, “Time is running out, and our valuable ministries and fundamental rights hang in the balance, so we have to resort to the courts now.” On the other hand, we now learn that he has invited the most pro-abortion president in the nation’s history to join him at an annual Catholic Charities fundraising event.

Paradoxically, the day after Obama accepted the invitation, Cardinal Dolan wrote in his blog about how Catholics should be “fighting the good fight for religious freedom.”

Something is very wrong with this picture. Catholics must use this moment to seek consistency from the cardinal, asking him to either disinvite Obama or simply cancel the event in memory of the millions and millions of preborn children killed by abortion.

I admire men of courage, like Mr. Cathy, for he did not back down from his statement. As a result, he inspired his fellow Americans to show their support for continuity between discipleship and public action in defense of faith.

We pray that Cardinal Dolan will be inspired with the same type of heroism. We know he is in a tight spot and we also acknowledge that Christ sat and ate with sinners. But Christ effected a change of heart among those to whom he witnessed; the cardinal has tried repeatedly to inspire Obama to change his direction in matters of life and death, but to no avail.

Now it’s time to send a clear message to Obama that he cannot have it both ways. Either he respects religious freedom and repudiates the contraceptive mandate or he will have to dine at home on October 18.

Cardinal Dolan has already laid down a reasonable argument for disinviting Obama, saying, “We have made it clear in no uncertain terms to the government that we are not at peace with its invasive attempt to curtail the religious freedom we cherish as Catholics and Americans. . . We did not ask for this fight, but we will not run from it.”

Let us not run from this either, but face it head on. Please respectfully and prayerfully communicate your concerns directly to Cardinal Dolan: