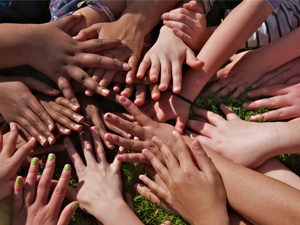 The title of this article is also the name of an extremely valuable online booklet by the late Father Henry V. Sattler, CSsR (1917-1999), yet it is also an assignment for today’s parents.

Our children and grandchildren are bombarded daily with messages that contradict common sense and put their very lives in jeopardy. It is the rare school teacher, public or private, who sifts through the sexually provocative material being presented as education and chooses only that which does not offend the sensitivities of the young in her charge.

For example, with your tax dollars, Planned Parenthood is indoctrinating children on all manner of perversion, including oral sex. In one of STOPP’s reports, we read:

The CDC report, Prevalence and Timing of Oral Sex, shows that about two-thirds of 15-24-year-olds have engaged in oral sex, with those ages 15-17 having a considerably higher incidence of oral sex without sexual intercourse than others. According to the report, almost half of boys and girls ages 15 to 19 have engaged in oral sex.

Planned Parenthood vice president of education Leslie Kantor said, in a recent New York Times article, that the important thing about the study is that it shows “that it’s probably equally likely for oral sex to happen before intercourse as after . . . so we need to provide sex education to young people that provides all the information they’ll need, from STDs to pregnancy prevention.”

Now of course, if one reads between the lines with a mind geared to differentiate between propaganda and truth, it is easy to see where PP is going with your money—and it is not the kind of road you read about in the old first grade book series, Dick and Jane. In fact, PP wants children to learn something much more nefarious and grown up than Dick and Jane.

This is why Father Sattler’s work is still relevant. In the early 1980s, Father Sattler joined the American Life League staff to assist in education and the formulation of policy, helping us focus on the reasons why, without a healthy attitude toward chastity, all else is useless when fighting the culture of death.

In a chapter from his book on the subject of secular humanism, he wrote a part entitled “Secular Humanism – Sexualness and Sexuality”:

The kindly humanist takes pity on the human condition and is willing and able to change it. He is willing to deny a discrimination between the sexes, and considers any essential distinction an injustice. He is willing, whether by drugs, hormones or plastic surgery to release any “imprisoned in the body of an undesired sex.” For those who wish mere pleasurable, recreational, or romantic sexual encounters without reproductive result, he will provide contraceptive or surgical sterilization. “Nothing can be wrong if it feels good!”

On the other hand, the pitying technical humanist can see no reason why he should not remedy the agony of childlessness by artificial insemination whether by husband or donor semen, inovulation from a donor’s egg, in vitro fertilization whether between the husband-and-wife gametes or those of strangers, followed by implantation of the zygote in a freely offered or rented womb.

What is amazing about Sattler’s insights is that, in the world of “reproductive freedom” so frequently foisted on us by Planned Parenthood and its willing allies in the press and the White House, everything that he mentions is on their plate of goodies for our children. In fact, Planned Parenthood even resorts to disrespectfully involving God in its propaganda.

Perhaps it is time for parents to take back their right to teach their children what is reasonable and just—not to mention healthy and ecologically free of chemical assaults of their bodies—before even more of the young become the sexually promiscuous robots that Planned Parenthood is training.