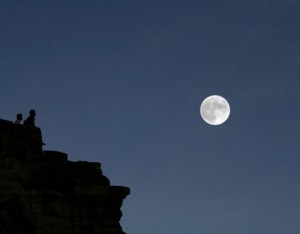 I had an odd response to the 2012 presidential election: I stopped watching the news.

I also stopped reading the news on the Internet.

In fact, not a single television show appealed to me and the blackened screen simply became a piece of ubiquitous furniture in the center of the room. At that point I had already abandoned social media such as Facebook and Twitter so I was left with a decent amount of time on my hands.

My work as a Catholic publisher took on a new meaning. I was working on Jennifer Frank’s fiction title He Shall Be Peace and I found myself praying for it every moment of my work day. My desire to get solid, entertaining, faith-filled books into the hands of the lay faithful became an obsession.

As did my own desire to read.

My appetite for books was ravenous. In the month and a half following the election I read well over a dozen books. I read the entire Book of Revelation (Navarre Bible Study version) as well as the entire Gospel of Matthew (Navarre Bible Study version). Every day brought new titles in the mail (since all our local bookstores have closed). I visited many Catholic websites and paid high prices for shipping and full retail price in an effort to make some sort of pro-Catholic statement with my consumer dollars.

During that time, my own business required me to have conversations with a variety of people from across the country: mostly women, but a couple of men, too. Somehow the conversations always took a turn in which I would need to admit to my perplexing response to the election (which at first I couldn’t quite explain). I was quite taken aback as I was told by every person—without exception—“Me, too! I can’t quite figure out why but I feel drawn inward.”

Very quickly I was able to see that I wasn’t alone in my reaction. As those conversations became more numerous and consistent in what people were saying I began to more fully understand my own reaction: I was being called to strengthen myself in Christ. I needed to immerse my mind, heart and spirit in the things of Christ. My foundation needed to be built on the rock of salvation so as to be able to withstand whatever was to come against it.

But I recalled the phrase: “Just because you’re paranoid doesn’t mean someone isn’t after you.”

Just because every generation has had a Chicken Little doesn’t mean the sky isn’t about to fall.

Don’t get me wrong. I’m no Chicken Little. At least I didn’t think so…

Since I made a donation to the 2012 Republican Party, I’m now on a few contact lists. A few weeks ago Rick Santorum’s new Super Pac committee gave me a call.

The gal on the phone said, “If you could describe your response to the 2012 presidential election in one word what would it be?”

Clearly I gave the sort of response that led the young person at the other end to proceed according to her outlined script, “Then may I ask you to listen to a one-minute, pre-recorded message from Mr. Santorum?”

I have a tremendous amount of respect for Santorum who is a pro-life, like-minded fellow Catholic so was easily able to say, “Certainly!”

Now if you would have known me before the election, you would have rightfully expected my response to the pre-recorded message to be one of enthusiastic passion as I pulled out my checkbook and contemplated what I could give and yet still feed my family. However, my heart rate remained steady as I listened to Rick’s zealous message about “now more than ever….”

When it was over the gal came back on the line and continued with her script, “As you can see, it is very important that we stop the …”

I politely let her finish reading from her script which then ended with a request for my help. At that point I responded in the most natural way possible. I didn’t even think about what I was about to say. It just came out so matter-of-factly that it even caught me by surprise, “I’m sorry but I believe our time is better spent right now preparing for Christ’s return.”

There was dead silence at the other end.

I admit I felt like a right-wing lunatic—those stereotypical ones that are made fun of in the media and in Hollywood. I actually felt bad for this young woman as I’m sure she frantically tried to find that particular response in her script so that she would know how to proceed. I didn’t want to be rude and hang up so I waited.

After a full minute of silence (during which I imagined her keying in some sort of comment by my name on her list) she finally said, “Ok. Thank you.”

To which I could only reply, with a heart full of compassion for the predicament in which I had unintentionally put her, “You are welcome.”

I hung up having a whole new respect for Chicken Little. Poor guy.