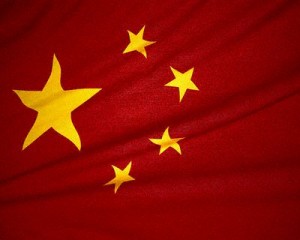 Over the years, I have been asked many times to estimate how many lives have been lost in China as a result of the one-child policy. Given that the policy has been in place for 30 years, I respond, and given that each year the government aborts between 10 to 15 million women, the total number of unborn children whose lives have been sacrificed is somewhere between 300 and 450 million. It is impossible to be more precise, I add, because of the Chinese Communist party’s penchant for secrecy about such sensitive matters.

Now, thanks to Congressman Tim Huelskamp, a pro-life Kansas Republican, we have shocking confirmation of these numbers from a senior Chinese government official.

During a meeting recently with members of the House Budget Committee, Congressman Huelskamp asked Gao Qiang, who served for two years as the Party Secretary for the Ministry of Health of the People’s Republic of China, about the country’s population control policy.

Through an interpreter, Party Secretary Gao responded that the population of China is 400 million less than it would have been had the Party not adopted and enforced a one-child policy. He went on to say that China had prevented more births than the population of the United States, which currently stands at 312 million.

“I was shocked to hear a Chinese official admit how many people have been lost as a result of the country’s population control policy,” Congressman Huelskamp later remarked. “The fact that this policy has resulted in the loss of more people than the overall population of the United States is an eye-opening figure. Think about the demographic consequences of this, particularly the fact that a disproportionate number of these losses are baby girls. But, even if this policy were to be ended today, impacts would be felt for years to come.”

That senior Chinese Communist Party officials continue to tout how “successful” their brutal population control policy has been in eliminating people reveals their absolute contempt for international standards of human rights. After all, these numbers were achieved by forcing young women, some in the final months of pregnancy, to have abortions, an act that was declared by the Nuremburg Tribunals to be a crime against humanity.

But it also reveals a fundamental disconnect with the demographic reality that they themselves have created, namely, a rapidly aging population that is disproportionately male. Thanks to family planning run amuck, China is a country where unborn baby girls are selectively aborted, where young men cannot find brides and where young women are trafficked across borders to meet this demand.

Then there are the economic implications. There is an old book, written in the 1920s by an American businessman, Carl Crook, called 400 Million Customers. He saw China then, as many people still do today, as a huge, untapped market.

I thought of this book when I learned that Party Secretary Gao was bragging about having reduced China’s population growth by 400 million over the last 30 years.

Think about China’s astonishing economic performance — its annual GDP growth over the past three decades is close to 10% — once the Communist Party stopped trying to control all economic activity. Think of the tremendous work ethic of the Chinese people and their dedication to educating their children. Think of the labor shortages that are now cropping up across the country because of the one-child policy, where many factories cannot recruit enough workers.

Think on these things, and then ask yourself: Is China really better off because its leadership has eliminated 400 million one of the most intelligent, hard working, and entrepreneurially minded peoples the world has ever seen?

Has the Chinese Communist Party lost its collective mind? It has eliminated 400 million customers.