Trending Now
You are at:Home»Featured»Christian-Muslim Relations Have Taken Turn for Worse in the Philippines
By ACN-USA News on August 12, 2016 Featured, Those in Need 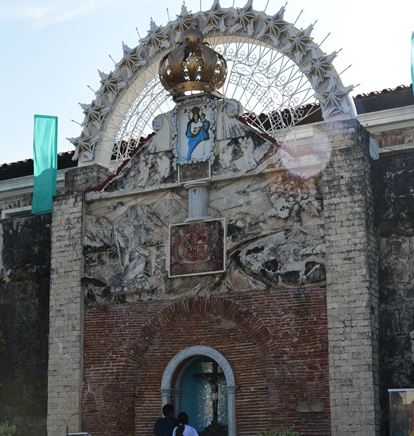 The shrine of Our Lady of the Pillar; ACN photo

NEW YORK—Father ather Sebastiano D’Ambra, PIME, an Italian missionary, has spent almost 40 years in the Philippines, working for dialogue and peace between Christians and Muslims. His long-time positive outlook has recently changed drastically.

“Before, the Philippines was a dream place for interreligious dialogue; there was complete harmony. But now the situation has changed completely,” he told international Catholic charity Aid to the Church in Need.

“The threats from the Islamists are constant in the south of the country, above all on the island of Jolo. Kidnappings, violence, persecutions… only recently they murdered a Christian,” he reported, referring also to masked “geopolitical and military interests.”

More than three decades ago, the priest founded a movement for “dialogue and peace” between Christians and Muslims that has earned international recognition: the “Sislilah Forum,” which helped ensure a spirit of fraternity between the faiths for many years. He explained: “Previously, we were dealing with a traditional form of Islam, but now everything has changed; the violent tendencies are growing stronger all the time.”

Father D’Ambra has been calling on Islamic leaders not to act “as if nothing were happening” but to denounce the radicalization that threatens Christians and moderate Muslims alike. However, he said, the Muslim leadership is “afraid of reprisals and chooses to remain silent.”

According to the missionary, Islam is growing by leaps and bounds in some areas of the Philippines. “In Mindanao, once 80 percent of the population was Christian. Today it could be that only 60 percent are Christians, with the other 40 percent now being Muslim.”

“The Christians are not happy. They are living in fear; they are terrified to speak out or to go to Mass, despite the presence of the army,” the priest said, adding that “many Christians are moving away from here.” Yet despite this gloomy picture, the Filipino people continue to have a deep faith. “The churches are still always full” and the major religious feasts, like Holy Week, are celebrated “with great enthusiasm.”

For example, Catholics in Zamboanga, a city on the island of Mindanao, where Father D’Ambra is currently based, have a special devotion to Our Lady as La Virgen del Pilar, Our Lady of the Pillar. The people “always pray to her never to abandon us—now more than ever in the face of this worldwide plague of violence.”

Local faithful suffered Islamist violence first-hand, in 2013, when the Moro National Liberation Front (MNLF) burned down a large area of the city, leaving many dead. Today, an offshoot of the group, Abu Sayyaf, continues a campaign of terror on the southern islands of the country. Last June, a Canadian tourist was beheaded.

Aid to the Church in Need has been supporting the work of Father D’Ambra for many years in a number of ways, including funding the training of Catholic laity to participate in Christian-Muslim dialogue; helping construct a Silsilah Foundation Center in Zamboanga, and the printing and distribution of publications promoting good relations between the faiths.