Trending Now
You are at:Home»Featured»Christian University Joins Monks in Fight Against Fed’s Contraception Mandate
By The Becket Fund on January 9, 2012 Featured, Law & Justice 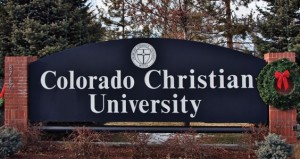 Last month, Colorado Christian University (CCU) became the first interdenominational Christian college to challenge in federal court a new “Affordable Care Act” (aka “Obamacare”) mandate for abortifacients (drugs which induce abortions). Colorado Christian joins the monks at Belmont Abbey College pushing back against government intrusion into personal religious convictions that is unprecedented in the health care realm. The Becket Fund for Religious Liberty represents both colleges in their separate lawsuits.

“If the Administration thought that conscience objections to this HHS mandate would be muted or isolated, Colorado Christian’s lawsuit proves otherwise. Evangelical Christians have now joined Catholics to defend their religious rights,” said Hannah Smith, Senior Legal Counsel at the Becket Fund for Religious Liberty.

“Abortion is a highly controversial issue in American life,” explains CCU President Bill Armstrong. “Some of our fellow citizens believe abortion is a fundamental right while others are equally sincere in the conviction that abortion is morally wrong in all, or almost all circumstances. But that is not the issue raised by the HHS regulations. The question is—may a government agency compel support of abortions by those whose religious convictions forbid them from doing so. The law does not permit such compulsion, in our opinion, nor will the conscience of our fellow citizens, whether abortion proponents or opponents.”

The Health and Human Services regulation mandates that all group health insurance plans must provide FDA-approved contraceptives at no charge to consumers, including the abortifacients Plan B (morning-after pill) and ella (week-after pill), and sterilization services. Many Evangelical Christians do not share Catholics’ objection to contraception and sterilization, but most—including Colorado Christian—strongly oppose abortion, including abortifacient drugs.

“This mandate forbids us from practicing what we preach,” said Armstrong. “How can we train our college students to advocate for limited government and personal freedom—especially religious freedom—if we don’t fight this unparalleled attack on those very principles?”

CCU is a non-denominational Evangelical University whose main campus is located in Lakewood, Colorado. Nearly 100 years old, CCU now serves approximately 4200 students. The University is a member of the Council of Christian Colleges and Universities.