Trending Now
You are at:Home»Featured»Christians Raped and Ransacked in the Muslim World
By Raymond Ibrahim on June 4, 2011 Featured, Those in Need

Plundering the possessions, lives, and dignity of Christians in the Islamic world: is this a random affair, a product of the West’s favorite offenders—poverty, ignorance, grievance—or is it systematic, complete with ideological backing?

Consider the very latest from the Muslim world:

None of this is surprising listening to popular Muslim preacher Abu Ishaq al-Huwaini:

If only we can conduct a jihadist invasion at least once a year or if possible twice or three times, then many people on earth would become Muslims. And if anyone prevents our dawa or stands in our way, then we must kill them or take as hostage and confiscate their wealth, women and children. Such battles will fill the pockets of the Mujahid who can return home with 3 or 4 slaves, 3 or 4 women and 3 or 4 children. This can be a profitable business if you multiply each head by 300 or 400 dirham. This can be like financial shelter whereby a jihadist, in time of financial need, can always sell one of these heads (meaning slavery) [translated by Nonie Darwish; original Arabic recording here]. 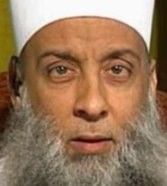 Huwaini: "When I want a sex-slave, I go to the market and pick whichever female I desire and buy her."

Huwaini actually made these scandalous assertions some eighteen years ago. But because they were only recently exposed, he was invited to “clarify” his position on Hikma TV last week. Amazingly, though he began by saying his words were “taken out of context,” he nonetheless reasserted, in even more blunt language, that Islam justifies plundering, enslaving, and raping the infidel. (Al Youm 7 has the entire interview, excerpts of which I translate below.)

According to Huwaini, after Muslims invade and conquer a non-Muslim nation—in the course of waging an offensive jihad—the properties and persons of those infidels who refuse to convert or pay jizya and live as subjugated dhimmis, are to be seized as ghanima or “spoils of war.”

Huwaini cited the Koran as his authority—boasting that it has an entire chapter named “spoils”—and the sunna of Muhammad, specifically as recorded in the famous Sahih Muslim hadith wherein the prophet ordered the Muslim armies to offer non-Muslims three choices: conversion, subjugation, or death/enslavement.

Huwaini said that infidel captives, the “spoils of war,” are to be distributed among the Muslim combatants (i.e., jihadists) and taken to “the slave market, where slave-girls and concubines are sold.” He referred to these latter by their dehumanizing name in the Koran, ma malakat aymanukum—”what your right hands possess”—in this context, sex-slaves: “You go to the market and buy her, and she becomes like your legal mate—though without a contract, a guardian, or any of that stuff—and this is agreed upon by the ulema.”

“In other words,” Huwaini concluded, “when I want a sex-slave, I go to the market and pick whichever female I desire and buy her.”

Lest Muslims begin attacking all and sundry, however, Huwaini was careful to stress that Islam forbids Muslims from plundering and enslaving nominal or even “heretical” Muslims, such as Shias. He used the Iran-Iraq war as an example, saying that a Sunni man is not permitted to enslave and abuse a Shia woman, “for she is still a Muslim and thus considered free.”

Unfortunately Huwaini’s position is not “radical.” One is reminded of when Sheikh Gamal Qutb was asked on live TV if Islam permits men to rape their female captives. The one-time grand mufti of Islam’s most authoritative university, Al Azhar—the institution that once gave us the “adult breast-feeding” fatwa—refused to answer and, when pressed, became hostile and stormed off the set.

Let us now return to the atrocities that opened this article and ask: In light of the above, is it any wonder that Christians under Islam are routinely raped and ransacked, even as the “humanitarian” West yawns?