Trending Now
You are at:Home»Learn & Live the Faith»Catechesis»Christmas Fulfills Promise to Adam and Eve
By Mark Davis Pickup on December 28, 2015 Catechesis, Featured, Live in Christ 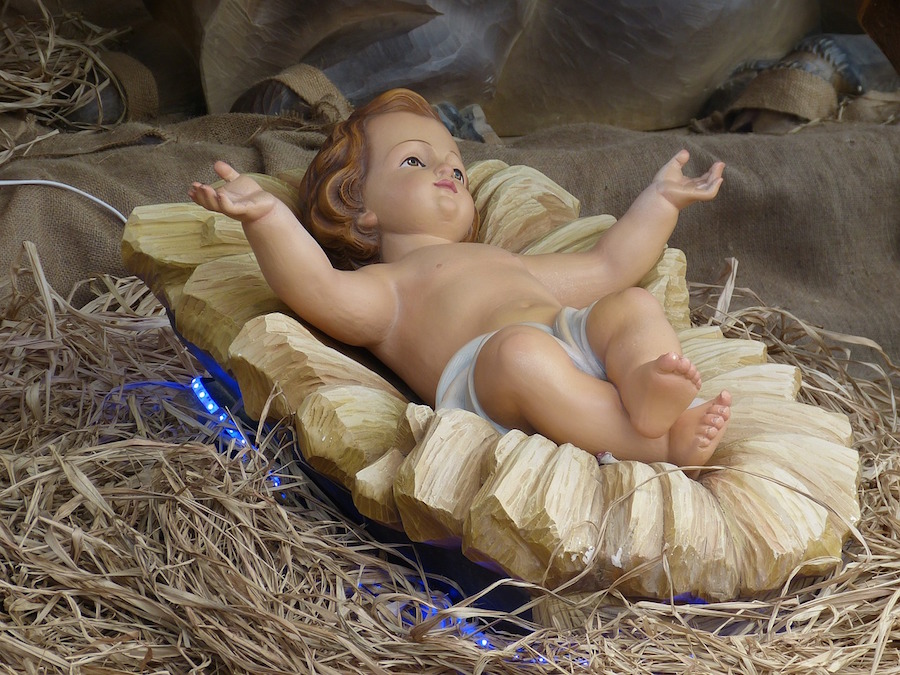 St. Ignatius was bishop of Antioch overseeing first century Syrian Christians and was a disciple of the Apostle John. He wrote a letter to the Christians at Ephesus as he was being transported to Rome to face wild beasts in the arena.

Ignatius wrote, “For our God, Jesus Christ, was conceived by Mary in accord with God’s plan: of the seed of David, it is true, but also of the Holy Spirit.”

Yes, Christ’s coming was God’s plan from the beginning of history following the catastrophe of Adam’s and Eve’s sin which drove a wedge between humanity and God. Although they were severely punished, neither Adam nor Eve were cursed by God. (That distinction was reserved for the serpent.)

God made provision to bring those he created in his image back to him. This is alluded to in God’s comment to the serpent in Genesis 3.15: “I will put enmity between you and the woman, and between your offspring and hers; he will strike at your head, while you strike at his heel.”

Biblical scholars refer to this verse as protoevangelium (the first good news). God alluded to Christ’s victory over sin. The New American Catholic Study Bible footnote to 3.15 states because “the Son of God appeared that he might destroy the works of the devil” (1 John 3.8), the passage can be understood as the first promise of a redeemer for fallen humanity. The woman’s offspring then is primarily Jesus Christ.”

God’s gracious promise was that Christ would deliver fallen humanity from the power of Satan.

What we celebrate in Advent is so much more than a joyful, festive holiday. The joy associated with Christmas is more rightly directed toward Christ. His coming in the flesh is evidence of God’s immeasurable love for humanity.

To quote another early Church Father, St. Irenaeus (c. 140-202): “If the flesh were not in a position to be saved, the Word of God would certainly not have become flesh.” Through the first Adam we offended God (original sin) and brought death into the world, the second Adam (Jesus Christ) overcame death (see Romans 5, 1 Corinthians 15.20-22, 45-49.) In the flesh humanity fell, in the flesh we were raised.

From the moment of Christ’s birth in Bethlehem, Golgotha cast its dark shadow over his cradle. The spiritual wheels were set in motion with the baby’s first cry in the manger that would change the eternal destiny of millions of people.

Christ’s coming in the flesh meant he knew the aches and pains of normal life and the suffering of an excruciating death. Because of his life and death, there is no agony I experience that Christ cannot sympathize with from his own experience. His suffering exceeded anything you or I will ever experience.

This has been a great comfort to me during more than 30 years of degenerative neurological disease. Not only does Christ understand my pain, he has been with me throughout it all. He invites me into his redemptive suffering.

When my death comes, I trust he will be with me then too. My eyes will see Christ and his mother. The Mother of God has so often prayed to her son on my behalf and that of my family.

Just as Christ was the first fruits of resurrection, I will also rise in him at the resurrection of the body to spend eternity with him. My broken and diseased body will be made perfect. Yes, just as Christ rose from the grave and is now with God the Father, he will raise me too.

What we will be has not been revealed but Christ promised through the pen of John the Apostle that we shall be like Christ, and “we will finally see him as he is.” (1 John 3.2).

God will be forever with those who love his Son. The promise made in Eden will come to fullness, for Christ is the Alpha and Omega, the beginning and the end. You see, Christ is the gift of Christmas. He is the hope of humanity. That is the reason the heavens aligned in the Star of Bethlehem.

It is late, and tonight I am sitting in my wheelchair gazing at the lights on the Christmas tree; embers are glowing in the fireplace; I can say that all is well; Christ has come and he will come again. The desiring and the having are melting into one. Like Job, I know my redeemer lives.