Trending Now
You are at:Home»Featured»Church Principles in the Public Square
By Bishop Paul S. Loverde on July 7, 2011 Featured, Government & Politics, The Shepherd's Voice

Summer is a time when many things slow down, including politics and governmental activities. Yet, at the same time, it is also a patriotic season when we remember with gratitude the great legacy of a democratic republic given to us by our Founding Fathers. In this time of relative calm, I would like to address some issues regarding Catholicism, electoral politics and the public life, and invite you to reflect upon them.

The Catholic Church is not a political party nor does She endorse political parties or candidates. She does not take sides in elections and political debates as would an interest group or civil association. However, the Church does have a place in the public square, but Her place is unique. Her role is to inform public debate about the universal truths and principles of a just society rather than to make specific policies or to promote candidates for office. The Church serves as a conscience for civil society. The principles that the Church defends in public life are not strictly religious principles knowable only through supernatural revelation, but are derived from the natural law, which can be known by right reason. These natural law principles can be discussed by all people of good will who are open to rational discourse and truth. Thus, the Church reminds voters and those in public life of the law written in their hearts and of that law’s necessary role in maintaining an equitable and harmonious society.

Often, the way that the Church contributes to political debates is by drawing upon basic principles about human dignity and the common good. For example, in the debate over undocumented immigration in the United States, the Church reminds all involved to balance the rights of national sovereignty and legal borders with respect for the dignity of each person and family. She does not propose specific political solutions to the problem, but calls for those deliberating these policies to be guided by humane principles as they strive to do what is best.

While most issues debated in the public square are matters of prudential judgment, there are others that touch on intrinsic evil and thus require the Church in Her prophetic mission to take an absolute stand against them. In our age, these issues especially concern the respect for human life and the definition of marriage and family. It is always, and at all times, evil to willfully take an innocent human life, or to willfully assist someone in those acts. Therefore, witnessing to the truth, the Church must call for an end to all forms of abortion, euthanasia and embryonic stem cell research.

Another clear-cut truth is that marriage between a man and a woman is not a societal construct, but a reality that exists because of the nature inherent in each human person. Human beings did not invent or define marriage; therefore we should accept and live out the reality that truly exists. Life and marriage do not attain their meaning and dignity from government or even from a democratic vote, because they are more elemental than these institutions. Life, marriage and family exist first and then governments of various kinds gain their being from them. Governments are instituted to aid and protect life and the family — not to decide what they are. The Church resists all attempts to redefine these fundamental human realities and invites all to enter into a rational dialogue about the full meaning of these God-given realities.

As a communion of brothers and sisters in Christ, the Church enjoins all her members to embrace the fullness of the truth and to live in accord with it. Catholics are called to a unity of life in which they uphold the natural law through their personal relationships and their participation in the civil arena. They are to oppose intrinsic evil and to defend the good in the public square. A faithful Catholic should protect the unborn and the aged, and stand for the truth of marriage in his or her political life, whether he or she is a politician or a voter. 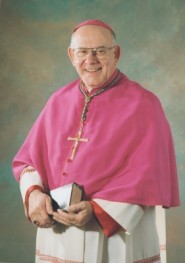 In a world that rejects such basic truths of life and existence, it is not surprising that Catholics, as adherents to the truth, have become targets of a new bigotry. This prejudice, born of a relativistic ethos which denies the existence of absolute truth, questions the capacity of Catholics to participate as societal leaders and rejects their views out-of-hand as religious and unreasonable. Bigotry is an unfounded prejudice that seeks to marginalize, discredit and exclude individuals because they belong to a particular group. There have certainly been attempts in politics to smear Catholics as unfit to lead because they profess their Faith in its fullness and to dismiss their positions without reasoned debate as irrational religious convictions. However, the governmental principles proposed by the Catholic Church in the public square are based on natural law which, as we have discussed, is known through reason. These attacks are often subtle and may not always be intentionally bigoted. Regardless of intent, however, they are an assault against the truth that seeks to prevent a real dialogue based on reason. This new bigotry is part of what our Holy Father has called the “dictatorship of relativism.” As Bishop of the Church of Arlington, I recognize the need to identify publicly this form of injustice and call for its cessation.

Sadly, there are some Catholics who have used these discriminatory attacks against their brothers and sisters in public life. This is neither charitable nor just and falls short of how a Catholic is called to treat others. As members of the Church, we need to challenge this bigotry when we see it in public life or hear it in private conversation. We need to challenge others who use these methods or agree with them. We must always challenge with kindness, and invite them to discuss these false assertions on the basis of reason. In this dialogue, we can help them discover the true basis of our convictions. In order to do this, we have to be prepared to defend our position with reasoned knowledge and a dispassionate discourse, free from rancor. Because of this obligation, all Catholics are to deepen continually their understanding of the Church’s social and moral teaching.

Each of us is called toward a unity of life. We must seek to understand the truth that the Church teaches and then to uphold that truth by the example of our lives. This witness, however, must be visible not only in our private lives, but also in our participation in the public square. As citizens, we have the privilege and the responsibility to protect the common good. This common good is a reality, which we seek to know in a deepened way through prayer and through reasoned discourse.

Paul Stephen Loverde is the bishop of the Roman Catholic Diocese of Arlington in Northern Virginia.