Trending Now
You are at:Home»Featured»Civil War and the Future of the Marvel Cinematic Universe
By Andrew J. Vandiver on May 16, 2016 Featured, Government & Politics, On TV and Movies 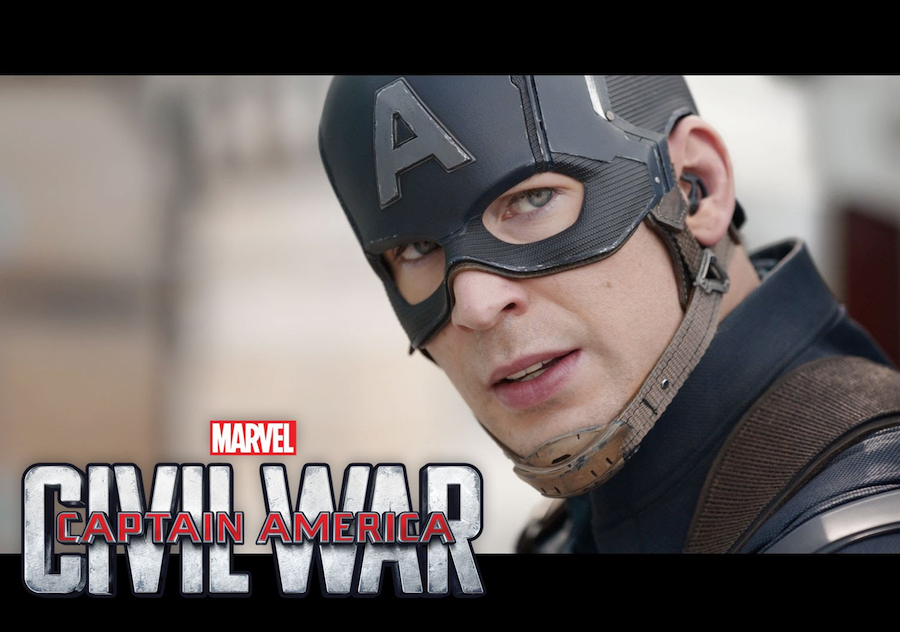 Superhero movie fatigue is a strange phenomenon for older millennials. I grew up in a time when live action superhero films were rare and mostly subpar. The 1970’s Hulk was a bodybuilder in green paint. The 1980’s Punisher was played by Dolph Lundren, minus the iconic skull symbol. The 1990’s Captain America had rubber ears.   Let’s just do our best to forget about the S.H.I.E.L.D. TV movie featuring David Hasselhoff as Nick Fury.

Nevertheless, we still watched these movies because it was the only way to see a live action version of our favorite superheroes. Things changed starting in 2000 with the release of X-Men. It took the source material serious and raised the bar for future superhero films. Since that time, barely a year has passed without a comic book based blockbuster.

Marvel Studios took things a step further in 2008 with its launch of the Marvel Cinematic Universe (MCU). For the first time ever, we have been able to watch many of our favorite comic book characters interact on the big screen. Phase I of the MCU culminated with the release of The Avengers, a fantastic film which seamlessly brought together six superheroes in one film and managed to give each their due.

Yet, times have changed. Thirteen MCU films have been released since 2008 and around ten more are slated to arrive before 2020. Further, DC Comics has launched its own cinematic universe and at least ten movies are in the works.

The mixed reviews for 2015’s Avengers: Age of Ultron suggested that the MCU’s movie formula was growing tiresome. Unlike the early days, it’s not enough simply to throw a bunch of characters on screen at the same time. The MCU needed to go in a new direction if it hoped to keep its movies interesting.

The decision makers at Marvel Studios seemed to recognize this point with the release of Captain America: The Winter Soldier. Instead of the standard MCU formula, The Winter Soldier was a spy thriller with themes that drew on contemporary issues such as the NSA domestic surveillance program. The Winter Soldier is widely considered to be one of the best MCU films to date in large part because it differed so much from what came before it.

Unfortunately, Captain America: Civil War was more like Ultron than The Winter Soldier. That doesn’t mean that it was bad, but rather it was more of the same.

Civil War features some of the best action sequences ever to be put on the big screen, including the heralded airport scene which practically turned me into an 8 year old boy again. The scene was almost enough to make me forget about the deficiencies in the underlying story.

Like The Winter Soldier, the movie tried to draw on contemporary issues for inspiration. The central conflict was between Captain America and Iron Man over whether “enhanced humans” should be forced to become agents of the government in order to serve the common good.

Captain America opposes this approach but it’s not completely clear why. Iron Man favors registration largely out of personal guilt for the destruction caused by the Avengers. Unfortunately, nothing of significance happens in the film that can’t simply be resolved in the next Avengers movie once a new threat arises.

The original storyline for Civil War was pulled from a post-9/11 comic book series of the same name. This series dealt with the inherent tension between freedom and security in the age of terrorism. The comics received mixed reviews. In many ways the story does not hold up because it was very much a product of the time immediately following 9/11.

If the filmmakers of Civil War were set on including political commentary in the story, they would have benefited from drawing inspiration from an earlier superhero film, The Incredibles. Despite being a family friendly animated film, The Incredibles dealt with surprisingly similar themes in a much more serious fashion than Civil War. How does the world deal with “enhanced humans”? Does society benefit from suppressing their abilities? Civil War raises these questions, but then tosses them aside as they quickly become irrelevant to the underlying story.

This didn’t have to be the case. Our country is facing many cultural and political conflicts over the size and role of government. In fact, many would contend, like Captain America, that the government is hindering the ability of private organizations to promote the common good. Further, mass shootings and the proliferation of concealed carry licenses have raised questions about the use of lethal force by private citizens. The filmmakers could have drawn on these themes for Civil War’s central conflict if they wanted to make a smarter superhero film like The Winter Soldier.

Generally speaking, I am not a fan of bringing contemporary political issues into the superhero genre. If it can’t be done well, it might as well not be done at all. In most instances, political commentary is shoehorned into the story. Does anyone really believe that The Avengers would have been improved by Captain America defending the Affordable Care Act?

On the other hand, it is clear that the MCU has to do something different in order to keep its movies fresh. I am not sure what that will be given that the next chapter in the Avengers saga will be the Infinity War. This plot will be a larger scale version of the previous Avengers movies. The Avengers will move from simply protecting the planet Earth to saving the entire universe from Thanos. I suspect that this will mean epic battles with more or less the same MCU formula.

Fortunately, there is hope for the MCU. You just won’t find it by going to the movie theater. The Netflix series Daredevil is providing a fresh take on the superhero genre. Daredevil is a street level crime/martial arts drama. Instead of watching a dozen characters fight for screen time, you spend an entire season with just a handful of people. While the fate of the world generally doesn’t hang in the balance, the stakes seem higher given that the stories are more personal.  Unlike the MCU movies, I am genuinely curious about where the series will go next.

Perhaps the renewal of the MCU will come through lower budget television series that have more freedom to experiment with their characters and stories. Netflix is planning to release several series based on lesser known characters from the MCU. If anything, these smaller scale TV shows are a welcome break from watching Iron Man save the entire world for the hundredth time.

It is ironic in a way. One of my first experiences as a kid with live action superheroes was watching Lou Ferrigno’s Hulk battle alongside Daredevil in a cheesy TV movie called The Trial of the Incredible Hulk. These types of TV shows made me long for the day when big screen movies would do my favorite comic book characters justice. Now I am starting to wonder if I had it backwards. Maybe the TV superheroes were just ahead of their time.