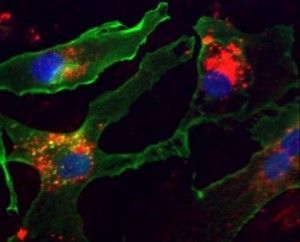 Last week I wrote about some pro-life objections to induced pluripotent stem cell (iPSC) technology. Yes there are some objections surrounding iPSCs, but I hold that iPSCs themselves are not inherently immoral. Cell lines of illicit origin have been used in developing this technology (and unfortunately are used ubiquitously in many areas of research), and it is the use of those cell line to which we should object, not the iPSCs themselves.

I will continue to object to the use of HEK 293 and other cell lines that originated with elective abortion when I am aware of their use.

In my piece last week, I used an analogy to vaccines that are produced in cell lines of illicit origin where I did not articulate well enough. I wrote:

The objection of course is that by using HEK 293 to grow virus used in the technique, all iPSC research is morally tainted. To some extent that is true for early research, but scientists are getting away from using viruses for the reprogramming, so iPSC research can be free of this particular stain. Analogously, vaccinations are commonly grown in 2 cell lines derived decades ago from aborted fetuses. Since no new abortions are needed to keep these cell lines going and vaccines are generally seen as vastly improving public health, Catholics can vaccinate their children if they ask for alternatives and voice their objections.

It is my opinion that the same applies here. I object to the use of HEK 293 for research, period. Please, scientists, find a suitable alternative. That being said, it is possible that iPSCs in the future can be free from any moral taint coming from DNA or cell lines derived from illicit origin.

I apologize for any confusion I have caused. Researchers are responsible for finding alternatives to cell line of illicit origin in their research. Period.

I believe iPSC technology itself is something we can support with the understanding that its history is not perfect and we pro-lifers still have work to do pressuring researchers to abandon cell lines of illicit origin in all their research, not just with iPSCs. iPSCs give scientists the opportunity to work with embryonic-like cells without destroying embryos. That gives me hope for the future of stem cell research.