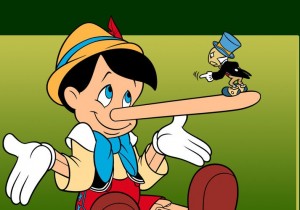 The only folks who might have missed the fallacious claim that 98 percent of Catholics use contraception are those who have no newspaper or television set around. Lucky folks!

The rest of us must consider the stark reality that whatever the media reports, no matter how wrong it might be, it will grab hold, stick like glue, and all of a sudden become a credible statistic to throw around.

But in this case, it is my suspicion that the weasels behind the claim have a huge axe to grind with Catholic teaching and will do all that is possible to debunk the Bible, the magisterium, and common sense. Fortunately I am not alone. Some very credible sources, including the Washington Post, concur. Glenn Kessler reports that the study used to allege the 98 percent statistic drew on data from the 2006-2008 National Survey of Family Growth as we reported earlier. Kessler further states,

But while the study says that 98 percent of “sexually experienced Catholic women” have “ever used a contraceptive method other than natural planning,” the data shown in the report does not actually back up that claim. In fact, a supplementary table in the report, on page 8, even appears to undermine that statistic, since it shows that 11 percent of Catholic women [are]currently using no method at all. That has led to criticism of the statistic.

Michael Cook, Mercator Net’s founder and an ethics expert, provided analysis as well. Cook points out that the survey

And so it goes in Barack Obama’s world of smoke and mirrors. But this is really nothing new. EWTN’s vice president for theology, Colin Donovan, scrutinized the situation and suggests that those who support Obama’s contraceptive mandate—the very ones who plucked the 98 percent gibberish from their bag of tricks—

need to be dragged into the 18th century and . . . need to consider the reasons our nation’s constitutional order was established: to protect, first of all, individual freedom of conscience and its corollary, freedom of speech, from the coercive power of government.

Donovan strikes at the heart of the matter when he tells us:

The mandate itself is a violation of the freedom of all Americans, even those who in this moment may agree with its social intent.

No majority opinion of Catholics—or of Americans—can ever justify establishing as a principle of government the authority to force citizens to do something contrary to their consciences.

The world, the flesh, and the devil: In all times and places all three tempters are at work. The Scriptures are a record of that history-long battle.

But it is also the record of their complete defeat, first in the desert of Judea, by Christ not entertaining them but rebuking them, and then on the cross, by defeating their pride through humility, their power through weakness.

Motivated with the knowledge that this is so and driven by a fierce sense of protecting our freedoms, each of us must stand up and be counted now, at this critical moment when the stakes are higher than many imagine.

This is about a whole lot more than Obama’s penchant to bait and deceive Catholics while attempting to divide them. He wants control and will do whatever it takes to get his way.

Let us hope America is alert at this hour when the enemy is at the gate, busily cooking the books and planning the deconstruction of the Constitution.