Trending Now
You are at:Home»Featured»Corporations Must Stop Commidification of the Unborn
By Yvonne Bontkowski on January 30, 2012 Featured, Life Issues & Bioethics 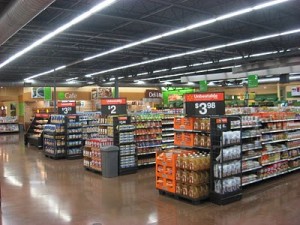 January 23 is a day that will forever live in the hearts and minds of pro-life Americans, people from all corners of the United States gather in Washington D.C. for the March for Life. Most media outlets barely reported on the annual March, but instead went on a slaughter frenzy of a little-known Republican State Senator in Oklahoma by the name of Ralph Shortey.

Senator Shortey introduced a bill, SB1418, in the Oklahoma Legislature which would ban the sale or manufacture of food products that contain aborted fetuses or which used aborted fetuses in the development of their ingredients. The Washington Post, The Atlantic, NPR and yes, Fox news, all covered the story but didn’t get the truth of it in its entirety.  The articles themselves were biased, and included  commentaries from bloggers making him out to be some sort of nutcase.  But Senator Shortey does have reason to be concerned, and so do we.

On March 29th of last year, this issuel brought to the attention of the public when the pro-life organization Children of God for Life issued a press release regarding the Biotech company Senomyx and their use of aborted fetal cell lines to test their flavor enhancers. Within hours of the press release, Campbell’s contacted Children of God for Life and informed Executive Director Debi Vinnedge that they had severed their relationship with Senomyx. Immediately supporters of the campaign began to contact Pepsi, Nestle, Solae, Kraft/Cadbury Adams LLC and received varying negative responses.

The major media outlets and the companies themselves would have you believe that it’s all a hoax. But the sad truth of the matter is that it’s very real and it deserves our attention. Senomyx has over 80 patents on file with the US Patent office and at least 70 that have been researched thus far cite their use of HEK293 to produce taste receptors.  HEK stands for Human Embryonic Kidney, with 293 denoting it was the 293rd experiment. Cells were harvested from the kidney of a healthy, electively aborted baby in the 1970’s to produce what is known as a cell line which is then subsequently cloned and sold to companies wanting to use them for research.

So, just how is Senomyx using these cell lines? The Weston A. Price Foundation sums it up quite simply:

“Senomyx’s salt taste, savory flavor, and sweet flavors — as well as all their other flavor enhancers — are purposefully developed so that they stimulate your taste buds without them actually tasting anything … Much like MSG, these flavor enhancers operate on the neurological level to produce these reactions …

Since they are not actually ingredients but rather ‘enhancers’ they are not required to be listed in a package’s ingredients except as ‘artificial flavors’ … [And] because very small amounts of the additives are used … Senomyx’s chemicals have not undergone the FDA’s usual safety approval process for food additives.”

The next question one might ask is if there is a necessity to use these cell lines?  The answer is absolutely not, given that there are many moral options that exist — as admitted by Senomyx in their own patents.

Indeed, it was because of their own statements that Children of God for Life launched a full scale attack on both Senomyx and the collaborators they had listed on their website, noting it was unnecessary to conduct their research and development in this manner.  When PepsiCo responded by stating that their relationship with Senomyx was only “to produce great-tasting, lower calorie beverages,” in total disregard for the moral sensibilities of the public, prolife groups united with Children of God for Life and embarked on a full scale boycott of those products.

So why was the boycott aimed primarily at PepsiCo and not others, you might ask? The reason PepsiCo was so heavily targeted was due to the fact that their products are still under development.  And since they had paid $30 million to Senomyx for that research and development and would pay subsequent royalties on future products sold using Senomyx-developed flavor enhancers, they have the ability to request that Senomyx use moral sources before those products come to market.

Instead of listening to public outrage, PepsiCo began responding with everything from a complete denial to dismissing the moral implications, calling the research the “gold standard” for the industry.  And as PepsiCo continued to patently mislead the public and ignore their concerns, stockholders took notice.  A shareholder resolution was filed in late October 2011, requiring that PepsiCo “adopt a corporate policy that recognizes human rights and employs ethical standards which do not involve using the remains of aborted human beings in both private and collaborative research and development agreements.”

News reports went viral on the internet, with global support pouring in from several foreign countries pledging their support for the boycott. So when Senator Shortey caught wind of the news, he took action to safeguard the people of his State. The good Senator realized that people have a right to know and make their objections and preferences known.

However, in what can be called nothing short of vicious, left wing media bias, over-zealous reporters claimed it was a lie — that they had sought verification from the FDA quoting in an AP article: [that they]“aren’t aware of this concern”.  What the reporters do not understand is that the FDA has no oversight on food products when the ingredient is in small enough quantity to qualify for GRAS (Generally Recognized As Safe) status.

What can you do to help?

It is crucial that we give Senator Shortey our unwavering support and help get this Bill passed in Oklahoma, which was rated the number 2 Pro-Life state in 2011 by Americans United for Life.  Even if you are not a citizen of Oklahoma, we urge you to write the Senator offering your words of support and encouragement for taking such a courageous stand against this unethical and unnecessary means of research.

If his bill succeeds, other states will follow his lead and that will only spell major trouble for Senomyx.  Let’s face it, what company is going to use their immoral techniques to develop flavor enhancers if people aren’t buying the product?

Start notifying friends, families and businesses that sell PepsiCo products that you are boycotting them – and tell them why!  The message needs to go out loud and clear that we are not going to tolerate this senseless exploitation of the remains of human beings.

From vaccines – to medicines – to cosmetics – to flavor enhancers for food:  We have reached a point where the unborn are treated like a commodity that can be ripped from the womb, sliced and diced, packaged and sold in the name of profit.  And you thought slavery ended in America, didn’t you?

Yvonne Bontkowski has been married for 22 years and resides in the Chicago area with her husband and eight children. As a prolife activist she has worked to stop aborted fetal research and also crochets baptismal outfits for unborn babies with unfavorable diagnosis of survival after birth.