Trending Now
You are at:Home»Columnists»Critiquing the Campaign
By Russell Shaw on November 1, 2012 Columnists, Featured, Government & Politics 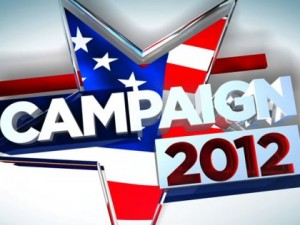 As the 2012 campaign passes into history, it’s not too soon to note some of the genuine horrors of this increasingly strange way of choosing a president.

First, though, let me repeat a quote from Alexis de Tocqueville’s classic Democracy in America that I cited many months ago when the campaign was heating up. The point isn’t to celebrate my foresightedness but Tocqueville’s. Here’s what he said about an American presidential campaign 175 years ago:

The election becomes the greatest and, as it were, the only matter which occupies people’s minds. Then political factions redouble their enthusiasm, every possible phony passion that the imagination can conceive…comes out into the light of day. The President, for his part, is absorbed in the task of defending himself. He governs no longer in the interests of the state  but out of concern for his re-election….

The whole nation descends into a feverish state; the election becomes the daily theme of newspapers, the subject of private conversations, the object of every maneuver and thought, the only concern of the present moment.

Perhaps the most obvious fault of these quadrennial exercises as they’ve evolved is that they are much too long. Campaigning now formally begins at least a year before election day and, in reality, much earlier than that.

No doubt the process serves the useful purpose of weeding out unsuitable candidates, but there must be more expeditious ways of doing that. The one thing the interminable campaign of 2012  unquestionably accomplished was to run up the costs of campaigning, with huge sums going into expensive advertising. The media then happily banked the cash while deploring the role of big money in politics.

Dependence on expensive media to wage a campaign in turn fed the systematic dumbing-down of political discourse so evident this year. Complex issues were routinely reduced to ad hominem attacks delivered via TV spots and the like. This was nothing short of a scandal in a country that prides itself on being a model of democracy at work.

At least two serious problems with the primary system stood out. One was that it placed unreasonable power to shape the agenda—and bend the candidates—in the hands of a miniscule group like the folks who turn out to vote in the Iowa Republican caucuses. The other was the  practice in some places of allowing members of one party to vote in the other party’s primary. That is like inviting the head coach of the opposing team to send in plays to your quarterback.

Media bias was of course a pervasive presence this year. To be sure, bias is to some extent in the eye of the beholder. But it would be hard to argue with a straight face that it wasn’t a reality in 2012. Its most conspicuous handmaid arguably was the “gotcha” journalism, focused on verbal slips and malapropisms, that at times turned campaign coverage into a carnival of gaffes instead of a sober discussion of issues. It’s easier for journalists to cover an election this way, but it’s also a disservice to voters.

I could go on, but I close with a thought about the Catholic sector. Here the big contributions of 2012 were to emphasize and exacerbate the corrosive split between prolife Catholics and social justice Catholics, and to spotlight a woeful lack of continuing catechesis aimed at helping Catholics form their consciences in applying moral principles to politics. Serious remedial action is badly needed long before 2016.