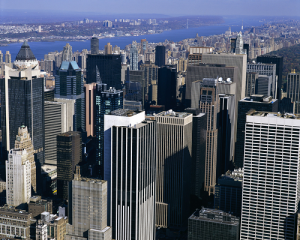 You wanted to do whatever you wanted to do with your body, and then claim you had a right to kill your own children when you conceived them because it was just so unfair for anyone to expect you to let a child ever use you against your will. You said you needed your choices, and you needed them without judgement or criticism. You tossed God’s law aside and said that your rights come from man’s law, and that worked for you as long as you got your way.

When the New York City abortion rate was reported (God only knows what it really is) to be 41%, meaning that nearly 2 in 5 pregnancies end in abortion, you didn’t even wince. You were proud those women were exercising their so-called right to choose even when the city health officials made condescending excuses that the high rate was due to the “ignorance” and “ambivalence” of women who hadn’t been indoctrinated in the methods of birth control, or who were too stupid and poor to chose stable relationships.

Even decades ago when your feminist and pro-choice philosophies collided over sex-selective abortion right in your own city, you quieted the voice in your head that was screaming, “No. STOP! You should not,” because you feared that making moral judgments would take away the high and mighty right for you to profit from the ambivalent under the guise of caring about women. In a mind-searing display of mental gymnastics you sought to rephrase the question by separating the chooser from the choice, so that you could justify killing girls in the womb even as you condemned misogyny.

Let me tell you something: What is right and good does not require anyone to belittle the human person, male or female of any age, nor does it contradict itself. That should have been warning enough, but you were too blinded by the tenets of the reproductive rights movement and the power you thought it gave you.

And now, the man you trusted to guard your pseudo-freedom in New York City has decided to dictate to new mothers how they will feed their own babies. Starting September 3, Mayor Bloomberg will enforce what is being called “the most restrictive pro-breast-milk program in the nation” which requires formula to be locked up and rationed out only if medical professionals can submit a medical reason for needing it. If the mother gets the formula from the state, she also gets a lecture. Why? It seems the people in power don’t really think women can make good choices for themselves or their children, especially the women who give birth.

Sure some of you will support this anti-choice program and justify it based on some feigned concern for the health of newborn babies. Some of you will speak out against it because you see it for the over-imposition of government into private lives that it is. However, I predict that not a single one of you will see the monumental and repugnant contradiction before you once again.

Like happy and willing slaves, you conceded all your rights to the decisions of the people in power, and now they are dictating that those in charge do what you’ve been fighting against your whole lives – force a woman to let her child use her body. You may justify it as some caring act on the part of the government, but that’s nonsense. Governments don’t care for people; people care for people, and you’ve been advocating for generations that the most extreme bond between the have’s and the have-not’s – the bond between mothers and their children – is meaningless unless the individual mother chooses to care for the greedy little thing.

Some people are calling your Mayor Bloomberg a nanny for turning NYC into a nanny-state, but at least nannies care for individual children. I hate to break it to you, Pro-Choice NYer, but you aren’t a child and Mayor Bloomberg and his officials don’t care for you (or the children you decide are worthy of life). This isn’t about caring; it’s about control. It’s Marxism.

This is social materialism, utilitarian ideology about the worth of a human person in the big chemical equation of society. Feeding people taxes the system, just as pregnancy taxes a woman’s body. If it were about caring for the babies, there wouldn’t also exist a law that allowed late-term abortion past the point of viability. There wouldn’t be a law allowing any unborn child to be killed. The same child the state says must be breastfed for its health could have been killed the trimester, the month, the week, the day, and the minute before birth with impunity. Wake up! The same people are also busy telling you what you can and cannot eat or drink. They don’t really think you can be trusted to choose wisely for yourself; they see you as objects to be managed.

As pro-life people have said for as long as they’ve needed to use that title, if you insist that one group of humans can treat another dependent group like individual blobs of mindless tissue, don’t be surprised if the day comes when it’s your turn to be grouped as such too. You got what you asked for. Welcome to the world of your choices.

If you want to fix it, start by reaffirming unconditional love between mother and child, and by defending the primary and natural rights of the family.

Originally published at The American Catholic.