Trending Now
You are at:Home»Church Street»Saint of the Day»Dedication of the Basilica of St. Mary Major
By Catholic Lane Administrator on August 5, 2015 Saint of the Day 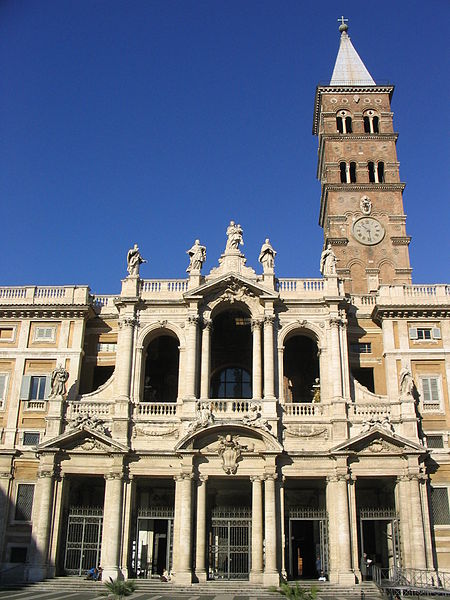 THERE are in Rome three patriarchal churches, in which the Pope officiates on different festivals. These are the Basilics of St. John Lateran, St. Peter’s on the Vatican Hill, and St. Mary Major. This last is so called because it is, both in antiquity and dignity, the first church in Rome among those that are dedicated to God in honor of the Virgin Mary.

The name of the Liberian Basilic was given it because it was founded in the time of Pope Liberius, in the fourth century; it was consecrated, under the title of the Virgin Mary, by Sixtus III., about the year 435. It is also called St. Mary ad Nives, or at the snow, from a popular tradition that the Mother of God chose this place for a church under her invocation by a miraculous snow that fell upon this spot in summer, and by a vision in which she appeared to a patrician named John, who munificently founded and endowed this church in the pontificate of Liberius. The same Basilic has sometimes been known by the name of St. Mary ad Præsepe, from the holy crib or manger of Bethlehem, in which Christ was laid at His birth. It resembles an ordinary manger, is kept in a case of massive silver, and in it lies an image of a little child, also of silver. On Christmas Day the holy Manger is taken out of the case, and exposed. It is kept in a sumptuous subterraneous chapel in this church.

Reflection.—To render our supplications the more efficacious, we ought to unite them in spirit to those of all fervent penitents and devout souls, in invoking this advocate for sinners.