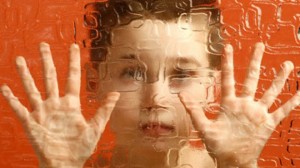 This is a story about defeating autism, the practical attainment of hope for devastated parents, and a whole new way of approaching a scourge upon our beloved children. Our son, Joseph, happens to be its protagonist; but the joyful hope in this story resides in the certainty that it is a template into which parents may insert any one of countless thousands of protagonists. Three years ago next week, Joseph joined the Boy Scouts of America. The first article I wrote contains his history in detail, our struggles, and the first real glimmer of hope we had in years of attempting to break free of autism’s shackles.

As Joseph progressed through that very, very difficult and challenging year, I chronicled him at three months, and then again as he was off to summer camp, and then a week after his triumphal return from a summer camp experience in the middle of a heat wave, where daytime temperatures ranged from a low of 96, to a high of 103. These four stories are a tight chronicle of an important first year experience. It’s been two years since I’ve written, and Joseph’s world has changed dramatically.

Since he began, Joseph has advanced in rank from Scout, to Tenderfoot, Second Class, First Class, Star, and in two weeks he will complete the rank requirements for Life Scout, one step shy of Eagle. Before this summer, he earned a total of seventeen merit badges and earned the Ad Altare Dei (To the Altar of God) Catholic award, receiving it from Cardinal Dolan in a Mass at St. Patrick’s Cathedral this past April. All of that is just the beginning.

Two years ago I sat with Joseph and explained his diagnoses with him. It is essential to understand that what I told him was the absolute truth, and not an attempt to soft-peddle something unpalatable. Joseph’s two major diagnoses are moderately profound autism (top 25% of the low end of the spectrum at age four), and Attention Deficit Disorder. The other diagnoses are mixed expressive/receptive language disorder, sensory integration disorder, static encephalopathy, and cerebellar deficit. At age five, half of his IQ subtests were low average, and the other half below that at borderline. The explanation took place in stages over a six-month period, in increments I thought he could digest in any given sitting.

So, here is a summary of what I explained to Joseph:

The understanding is that there are different model brains, just as there are different model cars. I had him recall when we bought our car a few years back, how he made a point of sitting in every car on the showroom floor. Each of those cars has associated strengths and weaknesses. Compact cars are great on gas mileage and savings, but can’t tow boats or trailers. Trucks are great at towing, but not so great on gas. Family vans occupy the middle ground. So it is when God creates us. There are many different model brains on His showroom floor, and we each get one, with all the associated strengths and weaknesses.

Along with each model brain comes an associated learning style. Some are better visual learners, some auditory, others kinesthetic, some brilliant at numerics, while others are more linguistic. Some brains are geared toward being socially gregarious, while others are more reserved and introspective. So, why does God allow for so many types of brains? Why not give everyone equal capability at excelling in everything, I asked my son. The answer, I offered, is simple.

If each of us had it all we wouldn’t need one another. Love would collapse, along with complementarity. Life would be flat, bland. Worse still… how would we attain Heaven if we had no means of learning sacrificial love in a world where it was unnecessary?

Our needs are the salvation of those who give of themselves to fill those needs, and their needs are our salvation.

The key to growth, I explained, is to get teachers who are schooled in the different learning styles and who can teach to ours. Years ago, before we had all of this great knowledge we thought of the world in terms of normal and pathological. That wasn’t bad. It was the medical model, which put to flight the old superstition model which governed the world at the time of the Salem Witch Trials. However as civilization has advanced from the time of my own childhood, and the hell that was my life with ADHD, we have come to see ‘normal’ as dynamic and not monolithic. We have come to understand much of therapy as merely education (be that psychotherapy, speech therapy, occupational therapy, physical therapy) and not pathologic intervention.

There is another critical distinction. The autistic brain is a brain with a unique learning style, and in possession of unique gifts when it comes to memory and capacity for depth of knowledge. Autism is an “ism,” like feminism, communism. In other words, it is a condition of being handicapped. We defeat autism when we teach to the style of the autistic brain. As I explained to Joseph:

It’s only a handicap if you can’t function.

It’s been almost eleven years since we began this odyssey of delving into the inner workings of one of the most puzzling brain models on God’s showroom floor, one that now appears in 1:50 children. It’s been a great collaborative effort with several great educators and therapists. It has involved adapting our home life to accommodate Joseph’s needs, with no small amount of sacrifice all around. When Joseph took his first tenuous steps into a troop of 46 boys, I think my anxiety was worse than his. It has been the missing piece of his developmental puzzle.

In his second year, Joseph focussed on learning more about scouting, earning merit badges that encouraged in-depth communication with adult merit badge counselors, participating more fully and intimately on camping trips, and advancing in rank. At the end of his second year he went to summer camp and announced his intention to come back the following year on staff as a counselor in training (CIT). More anxiety for daddy. He then produced a completed application for us to sign, and handed it in on the spot.

Returning from summer camp, Joseph attended the troop’s leadership training weekend that September and accepted the position of Assistant Patrol Leader. He also asked to be a Den Chief with the Cub Scout Pack (a big brother/liason position), as well as being the troop librarian-accounting for all of the merit badge books. He excelled at all of the positions, with the Cub Scouts asking for him to return-so much was the fun that they had with him.

Then came summer camp this year. Joseph spent all of June and July living at camp on staff as a CIT. The camp director invited him to return next year, and asked us to please facilitate that return. They loved him there, and he loved them. While at camp, he was able to earn two merit badges per week if he desired, which he did. After summer camp, Joseph attended a one week aquatics camp at another scout camp, and earned six more merit badges. In all, he earned a staggering twenty merit badges this summer, adding to his previous seventeen. (One is required to earn a total of 21 to achieve Eagle Scout). At last night’s Troop Court of Honor, though the boys were asked to hold all applause until after all merit badges were handed to all scouts, the hall broke into wild and raucous cheers as all twenty merit badges were read aloud for Joseph. Class act that he is, he turned a gave his brothers a wild grin and scout salute in return.

Along the way Joseph has become a leader.

This year, he was given his own patrol to lead as Patrol Leader. He has also become a trailblazer, going from being the only scout in the Troop on the spectrum, to being one of about five. God has blessed the troop, which now numbers 67 boys and eight patrols, with ten more boys on the way from Cub Scouts this year.

Regina and I were speechless last night at the Court of Honor. Speechless, but grateful beyond words to the boys and men who have given Joseph a community to which he not only passively belongs, but in which he actively reciprocates. So do we.

The leaders were commenting last night about how far Joseph has come since his first year, where he came to me constantly in his bewilderment and feelings of being overwhelmed. We all laughed at how he barely has any contact with me anymore. That’s the definition of success. He’s interacting with his peers, making friends, hosting a second annual Super Bowl party for the scouts, etc.

It’s important to be there to help translate the early experience, and to give back. I’m in deep, as assistant scoutmaster, troop chaplain, merit badge counselor for several merit badges, district Catholic committee on scouting, etc. In getting involved, I have been able to educate a great many people on what kids on the spectrum are really all about.

That’s essential, as we live in dangerous times for those with so-called poor prenatal diagnoses. The autistic learning style, as it is known in our home, demands total devotion from the entire family. That’s quite a bit to ask in a hedonistic culture. These children will be found out in utero in short order, and when they are, the merchants of death will prey on parents’ well-founded fears. They are fears that nearly paralyzed me in those early years. Yet Joseph’s story is a story of hope in the depths of parental fear.

Moreso, it is the story of love’s triumph. As I’ve sat and watched Joseph increasingly taking the younger boys under his wing, and seeing their respect for him, I see how that love cannot be contained. It has taken root in this child and grows wild within him. Not bad for a fourteen year-old kid.

For any parent of a young autistic child, Regina and I hold out Joseph as not only a symbol of hope, but the sure and certain sign that God keeps His promise as Paul tells us in 1 Corinthians 10:13 and will not allow us to be tried beyond our capacity, and when we are tried, will give us a way out. Sacrificial love, lived totally and completely, is that way out.

It has been our salvation.

We still have no idea how far Joseph will go in life, no more than any other parents do for their children at age fourteen. Some autistic children will achieve demonstrably more than others. The same goes for neurotypical children as well. For all of them, scouting offers a home, a family, a society. And while the achievements are great signposts along the road in life, that’s not at all what I will carry away from this experience when it’s all over.