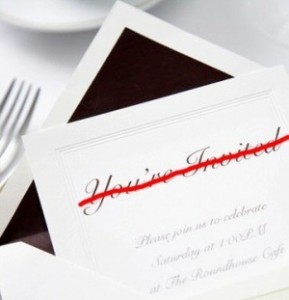 We are now in the midst of  National NFP Awareness Week (Jul 22-28), during which the U. S. Conference of Catholic Bishops is asking American Catholics to “celebrate God’s design for married love and the gift of life” by learning more about natural family planning (NFP).

Catholic teaching on contraception has roots in the natural law, and the Church has no objection to anything that is natural, not least that form of child-spacing or fertility regulation in marriage called NFP. Some have objected that NFP is “unnatural” because it requires periodic abstinence, taking the wife’s body temperature, reading charts, checking mucus, and so on.

But the critics are using the word “natural” here primarily to mean “spontaneous,” a meaning that does not reflect what the Church is getting at. What the Church means by “natural” in this context refers to the normal functioning or proper order of things.

Setting a broken humerus or using corrective lenses restores the normal functioning of the arm or the eyes. NFP is natural, not because it has any claims to spontaneity (though there is nothing wrong with spontaneity in itself), but because it respects the order of nature.

Artificial contraception, in sundering the natural relationship between intercourse and procreation, does violence to the natural law. As Pope John Paul II states in his Apostolic Letter Familiaris Consortio:

When . . . by means of recourse to periods of infertility, the couple respect the inseparable connection between the unitive and procreative meanings of human sexuality, they are acting as “ministers” of God’s plan and they “benefit from” their sexuality according to the original dynamism of “total self-giving,” without manipulation or alteration.

Indeed, NFP can be used to enhance a couple’s chances of achieving pregnancy. In a situation where the husband has a low sperm count, for example, by combining knowledge of the time of ovulation with a period of abstinence that allows the husband to build up his sperm count, the probability for conceiving is greatly increased.

On the other hand, NFP can be used in order to avoid conception, while remaining open to the creation of life. NFP in the truest sense is not a “contraceptive mentality,” which is inherently anti-life.

But the objection is raised: Is there any real difference between NFP and contraception if the desired end is the same, namely, to avoid conception?

Apart from the side effects of artificial contraception, which should be decisive in themselves, it’s important to recognize the difference between an end and a means. The end, moral as it may be in itself, does not justify the employment of an immoral means.

Having a child is a good end, but surely achieving that end by means of kidnapping is morally distinguishable from becoming a parent by means of loving union with one’s spouse. Financial security may be a desirable end, but obtaining money through theft, blackmail, or extortion, as opposed to earning it justly, is the difference between immorality and morality.

Contraception violates the order established in nature by God between intercourse and procreation. It also violates the moral order, which involves the right end achieved through the right means.

Furthermore, there is a profound difference between an immoral act and no act at all. This difference is not only metaphysical (between being and nonbeing), but can be felt personally and intensely on a psychological level.

Suppose, for example, a young couple is preparing a list of wedding guests. Like other engaged couples, they want some people to come and others not to come; they invite those desired as guests, and do not invite those they dislike.

But imagine that this couple, instead of simply not inviting certain people, sends out disinvitations:  “Dear John and Mary: We are getting married on June 4, but we do not want you to come to the wedding. We hope you will understand. Our ushers have been instructed to escort you to the parking lot if you dare show up.”

It is not difficult to appreciate the different impact that receiving such a disinvitation would have on John’s and Mary’s feelings as compared with their not receiving an invitation. It is the difference between insult and etiquette, contempt and civility.

Using contraception is like sending a disinvitation to God. It is like telling God that He should not show up, that His creative act is not only unwanted, but disrespected. But abstaining from intercourse as part of NFP does not send any such message.

By refraining from intercourse at a time when a couple, for sufficiently serious reasons, does not want to conceive sends an altogether different and more tacit message:

We do not invite or invoke Your creative act at this time, but we will not insult You by profaning the means You have established to initiate new life by exploiting it for our own purposes while disinviting Your presence through contraception. We will abstain rather than profane.

The natural cannot be sundered from the supernatural with impunity, for, as St. Thomas Aquinas stated, the natural law is an expression of the eternal law of God.

This article was originally published on The Catholic Thing.