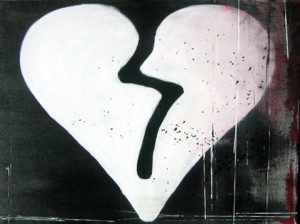 The twentieth century saw the greatest advances made in science, technology, and medicine that the world has ever known. Building on the conceptual discoveries of the previous three centuries, we have wrought wonders unimagined in every decade of that century, and continue on unabated in this new century and new millennium. If there has been a down side to all of that fast-paced discovery, it has been the fact that the technological developments have come faster than humanity could process their implications and discern their right use, or whether they ought to be used at all.

“We should not be self-deceived about our ability to set limits on the exploitation of nascent life. What disturbs us today we quickly or eventually get used to; yesterday’s repugnance gives way to tomorrow’s endorsement. A society that already tolerates the destruction of fetuses in the second and third trimesters will hardly be horrified by embryo and fetus farming (including in animal wombs), if this should turn out to be helpful in the cure of dreaded diseases.

“We realize, of course, that many proponents of cloning-for-biomedical-research will recommend regulations designed to prevent just such abuses (that is, the expansion of research to later-stage cloned embryos and fetuses). Refusing to erect a red light to stop research cloning, they will propose various yellow lights intended to assure ourselves that we are proceeding with caution, limits, or tears. Paradoxically, however, the effect might actually be to encourage us to continue proceeding with new (or more hazardous) avenues of research; for, believing that we are being cautious, we have a good conscience about what we do, and we are unable to imagine ourselves as people who could take a morally disastrous next step. We are neither wise enough nor good enough to live without clear limits.”

There were four great “divisions” or “splittings” that technology produced in the twentieth century. Each had catastrophic consequences that have contributed to the corrosion of civilization. Each involves the severing of unitive bonds with an uncontrolled release of energy that has been every bit as destructive as the intact bonds are productive. Three of these have been particularly catastrophic for women.

The first great splitting came at the Lambeth Conference of 1930, when the Anglican Church split away from the rest of Christendom and became the first Christian church to embrace artificial contraception. Never before had any Christian church held that the splitting, or separation of the Unitive and Procreative dimensions of marital sex was moral. Over the next few decades most all other Christian churches followed the Anglicans, with catastrophic consequences.

Looking at the moral and familial disintegration occurring in the churches who embraced contraception, as well as those quarters of the Catholic Church where the same was occurring, Pope Paul VI, in 1968, penned Humanae Vitae, the binding encyclical that explicated and reinforced 2,000 years of Catholic teaching about the beauty and sanctity of sex as designed by God in His order for creation. It also warned of the consequences of splitting the unitive from the procreative. Those who have suffered the most have been women, as contraception frees men to follow their most base and animal instincts, making of women’s bodies mere playthings.

What contraception cannot eliminate is the brain biochemistry of women where sex releases the hormone oxytocin, which is involved in producing feelings of bondedness and belonging. It doesn’t take too much violation of the bondedness to induce cynicism, apathy, and despair. If indeed there was a war between the sexes in the 1960’s, the pill did nothing but intensify it and add dimensions that never before existed.

The second great splitting was that of the atom; specifically, the splitting of the atomic nucleus. The bonds that hold the nuclear particles together are so strong that a grapefruit-sized amount of Uranium whose nuclei are split, through fission as it is called, can produce enough energy in an uncontrolled reaction to blow up a city. When the scientists of the Manhattan Project in World War II wanted to slow down and discuss the ethical implications of the bomb they had just invented, they were rebuffed by a military weary of the World War it had been fighting for close to four years, and saw it as the means to avoid millions of casualties in an invasion of the Japanese home islands. The rest is history.

The third great splitting that occurred came in the late 1970’s with in vitrofertilization (IVF). In IVF, eggs are taken from the mother’s ovaries and sperm is collected from the father (who is given a plastic cup and ushered to a private setting for self-expression). The gametes are then mixed in a Petri dish by a lab technician and fertilization occurs. The dozens of embryos thus produced are graded and sorted. The least viable-looking are simply discarded. The best are implanted in the mother’s womb, and the rest are submerged and frozen in liquid nitrogen at –320 degrees F.

A tragic consequence of this splitting is the consent of the desperate mother to this barbaric treatment of her offspring, often not perceived as such by the woman whose desperation blinds her.

If contraception split the unitive from the procreative dimensions of the marital embrace, then IVF has gone further to split the procreative dimension itself by actually negating the need for a marital embrace at all. It also introduced the first division of motherhood’s integrated unity. IVF removes the events of fertilization from within the mother and posits them in the Petri dish. In splitting the marital embrace, husband and wife are reduced from co-creators with God to the role of mere sideline observers in the laboratory as the technicians go about the work of procreation by being the agents who facilitate the union of egg and sperm.

In very short order, sperm and egg donation in IVF expanded to any permutation of donors. Couples (many not even married) were engaging in eugenic creations of babies by soliciting sperm and egg donors from Ivy League students. If IVF was the technology for couples with problems rooted in the pathophysiology of conception, the next logical accommodation was made for those where women could not, or would not, carry a baby to term.

That accommodation was the fourth great splitting of the twentieth-century: Surrogate Motherhood. Surrogate motherhood takes the integrated unity of normal female reproduction and divides it across two (or more) women. In the case of the married couple, IVF is performed and then a surrogate is solicited to accept implantation of the embryo and gestate the child for the couple. Surrogates are paid in the tens of thousands of dollars for their services.

The problem with surrogate motherhood is that it isn’t.

It isn’t surrogacy. It’s a critical component of what is supposed to be an integrated physiological process of reproduction.

The legal and ethical communities quickly agreed that the mother was the egg donor for IVF who contracted the services of the surrogate. In my senior thesis in college I argued against this understanding, and remain opposed to it today. A child may now have five parents: egg donor, sperm donor, married couple who procured said egg and sperm for IVF, and surrogate (gestational mother).

Many Catholic bioethicists posit motherhood in the egg donor who is also the married (or not) woman procuring IVF and the services of the surrogate.

It’s a huge mistake to take so simplified a view.

The truth of the matter is that both egg donor and gestational mother are the biological mothers of the child. To say, ethically, that the “real” mother is the egg donor is to blind oneself to the nine months of embryonic and fetal development that occur in the womb. The bondedness of mother and child have as their most proximal and powerful origins the mutual growth together during nine months of gestation, and not the more distal ovulation and fertilization (which the egg donor does not participate in with IVF).

Motherhood is more, much more, than the donation of half an individual’s chromosomal content. If Catholic bioethicists cannot see that nine months of gestation are the second half of the biological equation and produce an intimacy and union between woman and child, an intimacy forged within the created order of gestation, then we are in trouble.

The truth is that God’s created order has been artificially divided within women. First with the division wrought by contraception, which makes of women the very sex objects inveighed against by the feminists of the 1960’s and 1970’s. Then, the integrated unity of the procreative dimension of human sexuality itself is split by IVF and further subdivided by surrogacy, with the end result being that two women caneach claim a biological component of motherhood: fertilization and gestation.

Specifically, the baby’s growth and development are all facilitated by the woman in whose womb the child grows. The baby is literally bone of her bone, flesh of her flesh. Lost in all of this technological revolution has been the great dignity of women and motherhood. (We’ll save the discussion on men and fatherhood for another day)

To add further to the disintegration, motherhood has been completely commodified, from the sale of eggs for thousands of dollars, to paid surrogates. Our women have been dismantled and their parts and functions sold to the highest bidders. All of this in the name of a feminism that sought freedom from women’s biology, which was held out to them as nature’s chains of oppression.

Just because we can do something does not mean that we ought to. In forty years we have slowly and imperceptibly come to a place most of us never thought we would come to. When the created order of human bonds is split, the destruction is every bit as catastrophic as the splitting of the bonds that unite the atomic nucleus. The prophets of the twentieth-century have been the Catholic popes and bishops, who have been ridiculed mercilessly. Looking at the ever-widening debris field, perhaps it’s time for another consideration of their unitive message.

Kass was quite correct:

“We are neither wise enough nor good enough to live without clear limits.”

To all of the mothers who give great witness through their loving sacrifices, their example of faith, and to those who came to motherhood through a process of disintegration the pain of childlessness blinded them to,