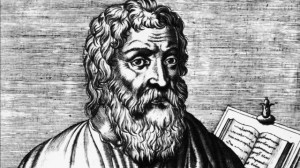 Primum non nocere. First do no harm. This edict has been part of medical ethics since the time of the ancient Greek physician, Hippocrates, in the fifth century B.C. It is found in the Hippocratic Corpus, a collection of medical writing attributed to Hippocrates. The original Hippocratic oath includes:

I will apply dietetic measures for the benefit of the sick according to my ability and judgment; I will keep them from harm and injustice.

For millennia the physician has been charged with being an advocate for the patient. Part of the impetus for the original Hippocratic oath was to ensure that doctors would not be paid by an enemy to give poison instead of medicine. Patients should be able to come to their doctor when they are sick and weakened, and have no fear that their vulnerability will be exploited.

Unfortunately, the sacred trust of the doctor-patient relationship is being strained by a new ethical model. Physicians are being urged to place the “greater good” above the needs of their individual patients. A disregard for the sanctity of human life as well as a utilitarian philosophy that judges the value of a patient to society is becoming more mainstream in the medical profession. This is evidenced by the increasing number of articles in respected medical journals that call for approval of assisted suicide and euthanasia, euphemistically called “assisted dying.”

The British Medical Journal (BMJ), a publication distributed to the members of the British Medical Association, devoted much of its June 14, 2012, issue to endorsing voluntary euthanasia and physician assisted suicide. Raymond Tallis, emeritus professor of geriatric medicine at the University of Manchester, argues in this issue that respect for patient desires and autonomy renders irrelevant any opinion on the matter by the Royal College of Physicians or the British Medical Association. Therefore, all opposition to euthanasia is merely inappropriate paternalism and should be dropped.

In this same issue, Tess McPherson relates the difficult last days of her mother, Ann McPherson, and uses this painful experience as a call for legalized physician assisted suicide and euthanasia. Rather than seeking better pain control, she argues that death is the best option for those suffering at the end of their lives.

Finally, Fiona Goodlee, editor in chief of the BMJ, rounds out the arguments by declaring that legalization of assisted dying is not a medical decision, but rather a societal question. She argues that the role of the physician is compatible with providing euthanasia or assisted suicide and if society wants it, they should get it.

Amid these scholarly endorsements of euthanasia come the claims of British physician Patrick Pullicino that the National Health Service (NHS) is effectively killing 130,000 patients every year when doctors place these patients on the Liverpool Care Protocol (LCP) and deny them nutrition and hydration. According to the Daily Mail:

Professor Pullicino claimed that far too often elderly patients who could live longer are placed on the LCP and it had now become an ‘assisted death pathway rather than a care pathway’.

He cited ‘pressure on beds and difficulty with nursing confused or difficult-to-manage elderly patients’ as factors.

Professor Pullicino revealed he had personally intervened to take a patient off the LCP who went on to be successfully treated.

The medical literature from the United States also shows an increasing acceptance of physician assisted suicide and euthanasia. The July 12, 2012, issue of the New England Journal of Medicine(NEJM) included an article by Dr. Lisa Soleymani Lehmann and Julian Prokopetz that suggested physician opposition to assisted dying was an unreasonable barrier to patients seeking lethal medications. They recommended that all patients who met the legal criteria for assisted suicide as outlined in the state laws of Oregon, Washington, and Montana should be able to obtain the drugs necessary for suicide without a physician’s prescription or approval.

Perhaps the most chilling example is the enthusiastic endorsement in the Journal of the American Medical Association (JAMA) for the book Death, Dying, and Organ Transplantation: Reconstructing Medical Ethics at the End of Life, by Drs. Franklin Miller and Robert Truog. This book seeks to do away with two core principles of medical care. The first is that a physician cannot intentionally cause the death of his patient. The second is that donors of vital organs for transplantation must be dead before the organs are harvested.

Catholic health care ethics, in accordance with natural law, holds that when the burden of life-sustaining extraordinary care such as a ventilator is greater than the benefit it provides, such care can be withdrawn. This is not seen as causing the death of the patient, but rather allowing the patient to die from his underlying illness. Miller and Truog disagree and assert that such an act directly causes the death of the patient. They then begin their descent down the slippery slope by claiming that if causing death by withdrawing life-sustaining care is acceptable, then active voluntary euthanasia by lethal injection should also be acceptable. Further, if voluntary euthanasia by injection is acceptable, then voluntary euthanasia by removal of vital organs to be used for transplantation should be equally acceptable. This radical argument could be disregarded as fringe thinking had it not been so prominently and positively recommended in JAMA.

It is reasonable to say that the notion that physicians should not kill their patients is still widespread among medical professionals. Indeed, several of the aforementioned authors take their colleagues to task for opposing euthanasia and physician assisted suicide. The growing numbers of prestigious medical journals that are routinely publishing support for all forms of “assisted dying” are, however, a clear indication that this approach to end of life “care” is making significant inroads in mainstream medical ethics. The foundational principles of health care that date back to Hippocrates are in jeopardy.

This has serious implications for patients. No longer can a patient assume that his physician has his best medical interests at heart. Now physicians are being urged to consider the cost to society of a patient’s care and judge whether a patient is worthy of such expense. Instead of seeking to provide comfort and authentic compassion at the end of life, there is increased support for hastening death as an expedient solution to suffering.

It is now incumbent upon every patient to explore the ethical principles of his doctor. Does he uphold the sanctity of life from conception to natural death? Does he understand that treatments can be deemed burdensome, but human life is never burdensome? Does he view nutrition and hydration as ordinary care as long as a patient can derive a benefit from it? Does he reject all justifications for intentionally causing the death of his patients?

If your physician does not answer unequivocally “yes” to each of these questions, can you really trust him with your life?

This article appeared on Zenit.org and is reprinted with permission.