Trending Now
You are at:Home»Featured»Do We Allow People to Change?
By Patrice Fagnant-MacArthur on March 14, 2011 Featured, Live in Christ 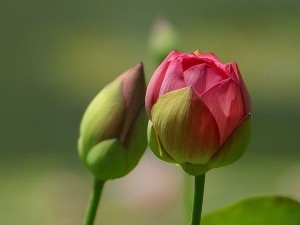 The other night, I had the pleasure of watching You Again, a fun, lighthearted comedy that will appeal to anyone who ever found herself at the bottom of the social ladder in high school. Featuring such stars as Jamie Lee Curtis, Sigourney Weaver, Kristen Bell, and Betty White, it explores what happens when women are forced to come face to face with the women who made their lives horrible in high school. They are compelled (after considerable conflict) to come to terms with the fact that these women are not who they once were. They had changed and grown.

Is the person we are at seventeen, or twenty-five, or forty the person we are destined to be forever? Is it possible to change in any fundamental way? Will people who knew us at a certain moment in our lives ever be able to see us in a different light? These are all questions worth pondering.

I know that I have changed over the years. Certainly, some aspects of my personality have stayed constant, but there are things that I have said and done in my past and beliefs that I have held that now make me cringe. Life experience, education, and the influence of others have altered my way of thinking. I also realize that I am still a work in progress. How I feel and think in twenty years (presuming I am still on this earth) will no doubt be different than how I feel and think today. I hope that other people will be able to accept me as who I am at any given moment in my life, and not judge me by who I was several years earlier.

By the same token, I hope that I am able to extend the same courtesy to others. I admit that it can be difficult. It can be easier to hold onto old hurts and old impressions. It takes courage and maturity to let go, forgive, and accept people as they are today.

One of my pet peeves in life is when people are running for public office and some member of the press pulls an article they wrote or a statement that they made when they were younger stating a given position that is contrary to a position that they now hold. Such evidence is usually used to show “flip-flopping” or a lack of strong conviction. I see it as evidence that a person grew and changed and is capable of changing his or her mind.

St. Paul was arguably the person who changed the most in Scriptural history. As Saul, he was the chief persecutor of Christians. After his encounter with Christ on the road to Damascus, he became one of Christianity’s greatest proponents. It would have been easy for Christians to regard him with suspicion. Indeed, some did. But, his life illustrates that people can change in dramatic ways. What would have happened if no one believed that such change was possible?

Lent is meant to be a time of growth and change. Hopefully, Easter will find us different people than we are today. We want others to accept and love us for the person we are becoming. Do we allow other people to change as well or do we judge them by who they once were?