Trending Now
You are at:Home»Featured»Donna D’Errico: Interview of a Catholic and Explorer
By Jared Tomanek on September 11, 2012 Featured, Travel 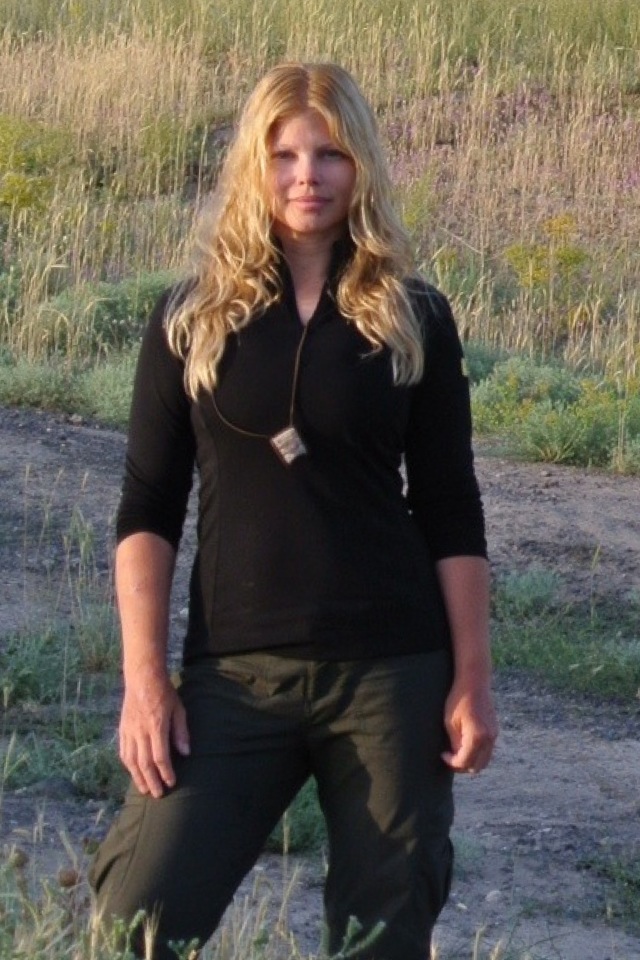 Before I jump into the interview with Donna D’Errico, I would like to thank her for answering a few questions regarding her life as both a Catholic and explorer.  See if you can name what Catholic sacramental she is wearing on her expedition.

JQ Tomanek: Can you give us a little background on yourself?  Were you raised Catholic?  Where did you grow up?  How many children do you have?  What is your favorite Southern song?  What music do you have on your iPod?

Donna D’Errico:  I was born in Dothan, Alabama, while my father was serving a tour of duty in the Vietnam war.  He was an army Captain from a big Italian family in Connecticut, and my mom was a sweet Southern belle.  After returning from the war, we moved to a city just outside Fort Benning, Georgia named Columbus. My brother, sister, and I were all raised Catholic (my mother converted), and attended Catholic school.  Most of my teachers were nuns.  There was a convent on the school grounds, and all the nuns wore full habits.

I’m not sure I have a very favorite Southern song, but I of course love the Southern “anthem” – Sweet Home Alabama.  I tend to prefer country music, and classical music.  That’s all I have on my iPod.  The classical music on my iPod is only the music my son has composed.  He’s a classically trained pianist, and has composed and recorded some beautiful pieces on piano that I like to listen to.  I have two children – a nineteen year old son and an eleven year old daughter.

JQ Tomanek: I recently read you made an adventure to fulfill a lifelong dream.  Can you tell us where you travelled and what dream you were fulfilling?

Donna D’Errico:  I went to Turkey to climb Moubt Ararat and search for Noah’s Ark.  That had been my dream since I was a little girl in third grade at St. Anne’s School.  While there, I also was searching for a man named Donald MacKenzie, who disappeared from Mount Ararat in September, 2010, while he was searching for the Ark.  I interviewed several people on-camera over there who knew Donald or saw him before he disappeared, including some who I believe may know what happened to him, as part of a documentary I am doing about Donald’s disappearance.  No official investigation or search was ever really conducted after he disappeared nearly two years ago.  Interestingly, as soon as I left, one of the people whom I had interviewed and questioned about Donald’s disappearance, pointing out to them that had it been an accident that befell Donald his gear would have been found, suddenly “found” Donald’s gear.

JQ Tomanek:  Were you always attracted to the outdoors?

Donna D’Errico: Yes.  As a little girl, I was always outside catching turtles, lizards, frogs, snakes, etc.  I didn’t really have any friends (I was very shy), there was no Internet, no video games, only four television channels, and no cell phones back then.  So I entertained myself by spending my free time in the forest across the street from our house.  There is a big lake there, and lots of reptiles and amphibians.  I’d play near a particular stream that had minnows and crayfish in it, which I enjoyed watching and studying.  Sometimes I would catch some of them and keep them in a little aquarium at home.  I taught myself how to find and dig up worms, which I would use as bait to fish with in the lake.  I think of those days quite often.  Life was very simple back then.

JQ Tomanek:  I have to admit, I do not get to interview many explorers.  In fact, you are the first.  But it is a very cool title if you will.  How does it feel to have that on your list of lifetime accomplishments?

Donna D’Errico:  When Good Morning America and the Today Show referred to me as “Explorer, Donna D’Errico”, I was without words.  I’m so used to being referred to as an actress, former Baywatch “babe”, etc., that I was caught off-guard.  It’s nice to be recognized as an explorer.  I like the title.

JQ Tomanek: The Catholic grapevine heard you pray the Rosary everyday with your children.  Please explain your process and how you accomplish such a great goal.  I know many Catholic parents seek or tried (pointing my figure over at myself) that out as a goal but fall short.

Donna D’Errico:  We pray the Rosary along with our evening prayers every night as a family before bed.  There’s no coercion; it’s just part of our routine by now.  At 19, my son is certainly no child.  But he never skips evening prayers.  It strengthens us as a family.

JQ Tomanek:  Ok, an easy one.  Who is your favorite saint?

JQ Tomanek:  I have noticed you wear a brown Scapular.  Is there a particular reason you have a devotion to this sacramental?

Donna D’Errico:  I was enrolled in the Brown Scapular years ago, and have never removed it since.

JQ Tomanek:  To end our interview, I would like to ask a question for our feminine audience.  Our culture sends us many messages of false hope.  Many of our readers are young Catholic women that struggle with many of today’s social problems like self-esteem, eating disorders, being objectified, etc.  What are some good ways to stay the course and hold onto the Faith in today’s troubled waters?

Donna D’Errico:  Pray the Rosary every day.  Attend Mass every Sunday.  Go to Confession regularly.  If you do these things, you will be able to withstand and get through anything.  I know what it’s like to be led astray and fall into a life of sin.  I know how easy that is.  I’ve lived it.  I also know what it’s like to come back.

I keep re-reading that last answer and cannot help thinking that those recommendations are quite powerful for any Catholic.  If you are interested in following Donna D’Errico, her facebook page is ThisIsDonnaDErrico, her twitter handle is @DonnaDErrico, and her website is www.donnaderrico.com.  Her son’s music channel can be found on YouTube at the derricomusic channel.