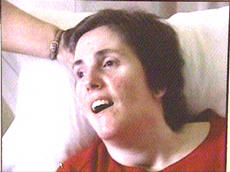 Four decades ago, American neurologist Fred Plum and Scottish neurosurgeon Bryan Jennett were searching for a jargon-free term to classify severely brain-damaged patients whom they considered awake but unaware. They combed through the Oxford English Dictionary and settled on “vegetative,” noting that the adjective describes “an organic body capable of growth and development but devoid of sensation and thought.”

Both physicians have since died, but the term they first coined in an article for The Lancet, which introduced the diagnosis of “persistent vegetative state,” or PVS, to the medical community and the world, has taken on a life of its own. Thanks to high-profile cases like that of Terri Schiavo, ordinary Americans now are familiar with this rare condition and its discouraging implications. It ranks as one of the most feared diagnoses, perhaps second only to Alzheimer’s. Physical pain is frightening, we reason, but what could be worse than winding up a vegetable for life?

Loved ones of those diagnosed as vegetative have long chafed at the dehumanizing and bleak overtones of the label, not to mention high rates of misdiagnosis among PVS patients. In the past few weeks, two new reports of medical breakthroughs have added scientific heft to their complaints and raised disturbing questions about our haste to write off hopeless patients who may not be so hopeless after all.

The first report, published last month in The Lancet by a team of neuroscientists at Canada’s University of Western Ontario, described attempts to test the awareness of PVS patients at the bedside using a cheap, portable electroencephalography machine, also known as an EEG. The upshot: Researchers found that nearly 20 percent of the supposedly vegetative patients they tested were, in fact, aware. So these apparently unconscious patients not only are conscious, they may have hope of rehabilitation and communication with the outside world — the very hope that the PVS label effectively excludes.

The second report came courtesy of The New York Times, which published a profile Sunday of a surprising and paradoxical new treatment for these allegedly untreatable patients: Ambien, a prescription sleep medication, and zolpidem, its generic form. News of the drug’s effectiveness in waking up apparently unconscious patients first surfaced in 1999, when a South African man diagnosed for three years as a PVS patient was given zolpidem and awoke speaking complete sentences. The remedy garnered yet more attention in 2006, when the medical journal NeuroRehabilitation published a study of three supposedly vegetative patients who experienced daily periods of wakefulness and responsiveness with the drug’s help.

The Times story focused on the heartening progress made by Chris Cox, a Tennessee man whose 2008 all-terrain vehicle accident and subsequent overdose of Oxycontin left him with what doctors diagnosed as irreversible brain damage. Four hours after Cox arrived in the emergency room, doctors urged his parents to remove his ventilator. Cox’s parents refused, and four days later, their son awoke. He now lives in a minimally conscious state but shows signs of progress thanks to zolpidem. When using the drug, Cox can respond to basic commands, kiss his parents and even smile and speak on cue.

The long-term prognosis for patients like Cox remains uncertain. Yet stories like his, and studies like the 2005 brain-imaging experiment at Columbia University Medical Center that found some seemingly unconscious patients were capable of responding to speech, have undermined the validity of the PVS diagnosis. Such reports also have cast doubt on the fatalistic approach toward severely brain-damaged patients that reigns in many corners of the medical establishment and in a health insurance industry only too eager to accept the “untreatable” verdict for costly patients.

Unfortunately, despite years of such revelations, the vegetative label and its sloppy application persist. So does the public perception of hopelessness that surrounds severely cognitively impaired patients. That perception leaves patients’ families marginalized and mocked for doing what should be recognized as a noble thing: fighting for vulnerable loved ones who, with the right time and treatment, might someday recover their voices and prove the naysayers wrong.