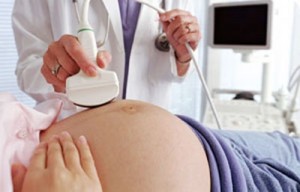 As word spread of a new non-invasive, highly accurate prenatal test for Down syndrome, MaterniT21, the headlines could hardly have been more sensational: The End of Down Syndrome! Will We Cull Those with Down Syndrome? Are Kids with Down Syndrome on the Road to Extinction?

This mainstream response seems to suggest a terrible acknowledgment of what happens to babies diagnosed prenatally with Down syndrome. We have been “ending Down syndrome” for years, targeting atypical unborn children as we journey down a road that ensures a decreasing Down syndrome birth rate.

Just last week, a Time magazine article reported statistics pulled from a 2009 edition of the Archives of Disease in Childhood. As a result of more sophisticated prenatal screening, and with nine out of ten babies aborted following the prenatal diagnosis of Down syndrome, the birth rate for these children has been dropping for decades, decreasing by 15% between 1989 and 2005. This is particularly shocking as the impact of increasing maternal age during the same period should have resulted in a 24% increase in the Down syndrome birth rate.

What makes MaterniT21 (and all the new non-invasive prenatal tests based upon maternal plasma DNA) different and foreseeably catastrophic is that it will draw in a larger percentage of pregnant women. Those who reject invasive testing because of associated risks are likely to consent to a non-invasive test.  Advocates for those with Down syndrome have braced for just that reality, predicting that the Down syndrome birth rate (roughly 1 in 700 now) will drop sharply once non-invasive tests such as MaterniT21 are more widely available.

With an abortion rate that has consistently been around 90%, shouldn’t we also be asking ourselves why our best efforts at advocacy for those prenatally diagnosed with Down syndrome have failed? And the related, and more important question, how can we improve our advocacy efforts?

Persons with Down syndrome and their families are blessed to have strong communities of support, both locally, and nationally, through such organizations as the National Down Syndrome Congress (NDSC), the National Down Syndrome Society (NDSS) and their local affiliates. These organizations have worked very hard for their constituents to gain access to education, employment, and healthcare opportunities as well as representation among those granted federal funds for medical research. They are to be commended for successful advocacy in these areas.

Over the years, NDSC and NDSS have offered multi-pronged, intelligent, and inspired efforts surrounding the issue of prenatal diagnosis. Both organizations have worked to improve the public profile of persons with Down syndrome using traditional and social media. They have addressed the discriminatory practice of targeted prenatal testing, produced positive, accurate, and updated information for parents experiencing a prenatal diagnosis of Down syndrome, disseminated materials aimed at improving the sensitivity and response of doctors, genetic counselors and other medical professionals. They have even organized local in-person outreach initiatives to offer peer support to parents at the time of diagnosis. None of these efforts, however, have been successful in bringing society at large to a fundamental shift, or tipping point, whereby babies diagnosed prenatally with Down syndrome are more likely to be carried to term and welcomed at birth by their parents.

In 2008, NDSS and NDSC met with the American College of Obstetricians and Gynecologists, American College of Medical Genetics, and National Society of Genetic Counselors, and in 2009 released a jointly-written document titled, “Toward Concurrence: Understanding Prenatal Screening and Diagnosis of Down Syndrome from the Health Professional and Advocacy Community Perspectives.” The document addresses a handful of “misconceptions” about the organizations and their practices. The collaborative statement acquitted medical professionals of any “eugenic” motives surrounding the use of prenatal screening and testing, and affirmed that genetic counselors do not engage in directive counseling. Of all the possible misconceptions to present, the single one brought forth by NDSC and NDSS is to dismiss any idea that they are “pro-life” organizations.

Dr. Brian Skotko, a Harvard educated Pediatric MD, Certified Geneticist, and specialist in Down Syndrome at Children’s Hospital Boston, Board Member of NDSS and NDSC, author of numerous articles and oft-cited research about families of persons with Down syndrome,  most recently wrote about the expected effect of non-invasive prenatal diagnosis in a USA Today column. With a statement that perfectly echoes the positions of the national Down syndrome organizations, Skotko clearly indicates that Down syndrome advocacy ends where expectant parents’ decision-making begins: “I care deeply that patients receive accurate, up-to-date, balanced information so they can make informed decisions. Yet, as a physician, I am not in the business of telling expectant couples what pregnancy decisions they should be making when their fetus has Down syndrome. That is their decision.”

Skotko continues, “But the decision no longer needs to be made in a vacuum, nor should it be made with lingering misperceptions that are still whispered in our society.” With an abortion rate close to 25% for all babies nationwide, and in some areas, as high as 46%, perhaps it is  worth considering  that it may not be lingering misconceptions that dispose parents toward a decision to abort after diagnosis. Perhaps instead, the abortion rate for Down syndrome is the natural consequence of a diseased culture, influenced by 40 years of abortion on demand. Perhaps most abort simply because they can.

There is a dawning sense that the problem is much more complex than lingering misconceptions. Advocate, attorney, and father, Mark Leach, in The Prenatal Testing Sham argues that Down syndrome advocacy focused on informing expectant parents with accurate and up-to-date resources about raising a child with Down syndrome is at this point the only card left to play: “Absent some fundamental societal change, these offsetting resources are really the only chance we have to turn the tide of decisions following a prenatal diagnosis.” Leach may be correct in his argument, but there is little evidence to support the hope that these resources will to any significant degree affect the numbers of parents who would otherwise abort.

If the future plays out as has the past, advocacy for the child with Down syndrome in the womb will, in fact, be the only card left to play. What’s missing in the otherwise comprehensive approach of the NDSC and the NDSS is the simple and confident assertion that abortion is not an appropriate parental response to the prenatal diagnosis of Down syndrome. If the strongest, best advocacy refrains from articulating that even a fully-informed decision to abort a baby diagnosed with Down syndrome is a poor one, then who will?

If it is our goal to discover the best way to create a society that embraces (genetic and other) differences, can we even begin such an endeavor when we accept the idea that the unborn baby is so other, so different from us that they are not worthy of protection? Authentic and effective Down syndrome advocacy must begin by embracing and advocating specifically for the baby with Down syndrome in the womb. Until the Down syndrome advocacy organizations recognize this truth, the recurring headlines will continue to read, “The End of Down Syndrome!”

A blueprint for better disability advocacy can be discovered in the Pastoral Statement of U.S. Catholic Bishops on People with Disabilities. Its vision is rooted in justice and is hopeful that change can be achieved,  with no hint of resignation to the failure of individuals or the challenge of “contemporary circumstances”:

We look to the future with what we feel is a realistic optimism. The Church has a tradition of ministry to people with disabilities, and this tradition will fuel the stronger, more broadly based efforts called for by contemporary circumstances. We also have faith that our quest for justice, increasingly enlisted on the side of individuals with disabilities, will work powerfully in their behalf. No one would deny that every man, woman and child has the right to develop his or her potential to the fullest. With God’s help and our own determination, the day will come when that right is realized in the lives of all people with disabilities.

Monica Rafie and Tracy Winsor are founding partners in the work of Be Not Afraid Ministry, an outreach to parents grappling with prenatal diagnosis. Monica and Tracy are Contributing Writers for HLI America, an educational initiative of Human Life International. Their recent articles may be found at HLI America’s Truth and Charity Forum.

Monica Rafie lives in the NW suburbs of Chicago with her husband and five children. In 2002, she founded www.benotafraid.net in response to a growing need to help parents find online community, life-affirming encouragement, and services and support in their own areas. Later, she and colleagues Sandy Buck and Tracy Winsor started Be Not Afraid Ministry in response to the absence of local, comprehensive, peer support for parents after prenatal diagnosis in Catholic communities. As a result, Be Not Afraid Ministry is active in several dioceses at this time, and in development in a handful others. For questions regarding the development of a local service in your area, contact Tracy at benotafraidnc@live.com. Monica Rafie and Tracy Winsor are both Contributing Writers for HLI America, an initiative of Human Life of America.