Trending Now
You are at:Home»Featured»Egypt: “We Never Know Where the Extremists Will Strike Next”
By ACN-USA News on October 6, 2013 Featured, International Issues, Live in Christ 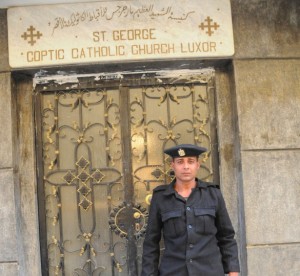 Despite a measure of improvement in the security situation for the Christians in Egypt, the media spokesman for the Catholic Church in the country, Father Rafik Greiche, continues to be concerned. Speaking to the international Catholic pastoral charity Aid to the Church in Need (ACN) on Wednesday, he said, “Things have become somewhat calmer in Cairo. But we are always in fear of what may happen next. The Muslim Brothers and other extremists are threatening to attack Christian churches and houses; as a result we never know where they may strike next.”

The most recent example in the continuing precarious situation of Egyptian Christians, following the deposing of Mohammed Mursi, the leader of the Muslim Brothers, on 3 July, was the attempted murder of a Coptic bishop on Monday. Father Rafik explains: “Bishop Makarios, the Coptic Orthodox bishop of Minya, was on his way to the village of Saru to visit a family in mourning. In this village there is a church that has been shut for 10 years. The rumour rapidly spread that the bishop had come to reopen the church, and as a result a group of jihadists opened fire on the bishop’s car. Fortunately, he was able to reach a place of safety. But the exchange of fire lasted for over an hour.”

Security forces do not suffice

The attackers were not masked, and villagers were able to identify them unequivocally as jihadists. Father Rafik emphasized that the province of Minya in Upper Egypt, together with the province of Sohag, is a stronghold of Islamist radicalism. They are very active there, and have support in some of the families.

In addition they can easily escape the response of the security forces by withdrawing into the nearby desert. Already on Sunday, the day before the assassination attempt on the bishop, there had been similar attacks against Christians in Ezbet Zakariya, another small town in the province of Minya, when jihadists effectively declared open season for the looting and pillaging of Christian homes. Christian families fled the town as a result, Father Rafik confirmed.

When asked if the Egyptian authorities were fulfilling their obligations to protect the Christians and their establishments from such radically Islamic-motivated acts of violence, Father Rafik replied, “The security forces are doing what they can. But it is not enough. Unfortunately, however, they are preoccupied with many other problems at the same time. Only just recently the Muslim Brotherhood wanted to occupy Tahrir Square in Cairo. So it is not really that they do not wish to protect us. But frequently, given their limited capacities, they simply cannot do so.”

Consequently, the Church is attempting to take its own security measures as far as possible. Thus, for example, they have acquired additional fire extinguishers in case there should be another arson attack. At the same time, Father Rafik pointed out one important aspect, namely that again and again there have been cases where Muslims from the local neighbourhood have warded off attacks, for example against a church, by the Muslim Brotherhood. “I have seen it for myself: people have fought off the attackers until the police arrived. That shows that, contrary to what is asserted, the Muslim Brothers do not necessarily have support in the local population. The people are rejecting the Muslim Brotherhood.”