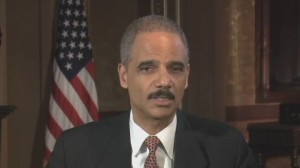 Attorney General Eric Holder explained the Obama administration’s decision not to defend the Defense of Marriage Act (DOMA) against court challenges by claiming that “a growing consensus accepts that sexual orientation is a characteristic that is immutable.”

Gay activists have for years forwarded the notion that same sex attraction (SSA) is immutable — people are “born that way” and can’t change — even though they know it is not true. They do so because it creates sympathy for their agenda. There is, however, no “scientific consensus” to support this claim. There are no replicated scientific studies proving that SSA is biologically predetermined and numerous credible reports of change.

The Journal of Homosexuality published a series of articles on the controversy (available in book form as Sex, Cells, and Same-Sex Desire: The Biology of Sexual Preference). The editor’s conclusion was that “Current research into possible biological bases of sexual preference has failed to produce any conclusive evidence.”[1]

The most compelling evidence against a biological pre-destination for SSA comes from the Australian twins study. J. M. Bailey found 27 pairs of identical twins in which at least one had SSA, in only 3 cases (11%) were both homosexual.[2]

This is not to say that biology plays no part. Temperament, appearance, and talents are influenced by a person’s genetic inheritance. These can, in turn, affect how a person acts, how others respond to him, and how he responds. For example, a son who is risk-avoidant may react very differently to his father than a son who is a risk-taker. Such differences affect how the boy feels about himself, but nothing is predestined.

Patterns of sexual attraction are hard to change once established and acted on, but a great many psychological disorders are difficult to treat, that doesn’t mean they are ‘immutable.’  A number of different therapists have over the years reported on successful treatment for unwanted same-sex attraction. What is interesting about these reports is the wide range of treatment modalities employed. Virtually every form of therapy that had been tried achieved some success. This includes traditional psychoanalysis, behavior modification, group therapy, and sex therapy.[3] There are also reports of spontaneous change of sexual attraction and change through religious conversion.[4]

Dr. Robert Spitzer, who was among those supporting the removal of homosexuality from the American Psychiatric Association’s Diagnostic and Statistical Manual, was challenged by ex-gays at an APA conference to listen to their stories. He launched a personal investigation and found that the men and women who claimed to have changed sexual attraction patterns were credible. The book, Ex-Gay Research: Analyzing the Spitz Study and Its Relation to Science, Religion, Politics, and Culture, contains Spitzer’s study and commentaries from a wide range of points of view. [5] There is clearly no ‘consensus.’

Even more interesting is a book by Lisa Diamond, Sexual Fluidity: Understanding Women’s Love and Desire which documents what has long been known, namely that for women change of sexual orientation in both directions is not uncommon.[6]

Why would Holder utter such a totally false statement? Because the gay activists have created an atmosphere is which speaking the truth about SSA is not acceptable and the media will let outright falsehoods pass unchallenged.

[2] Michael Bailey et al. “Genetic and Environmental Influences on Sexual Orientation and its Correlates in an Australian Twins Sample,” Journal of Personality and Social Psychology, (2000) 78 (3): pp/ 524-536;

[3] See the website of the National Association for Research and Therapy of Homosexuality for reports on therapy.