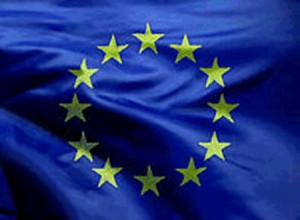 In a rather tumultuous session yesterday morning, the plenary of the European Parliament decided by 351 to 319 votes with 18 abstentions to refer the controversial “Estrela-Report” (named after its author, the extreme left-wing MEP Edite Estrela from Portugal), back to the parliamentary committee it originated from.

This is a resounding victory for the pro-life cause, given that there is a structural majority in the European Parliament of members belonging to socialist, communist, green, and liberal, parties, who usually vote in favour of anything that presents to promote “women’s rights”.

But this time, it was different. Although the vote still needs to be carefully analysed, one can say already now that many socialist and liberal members this time refused to go along with their official party line. One reason may have been that they saw this report as an intrusive attempt by an EU institution to undermine the national sovereignty of Member States, to which, in times of rapidly growing Euro-scepticism, they didn’t want to be associated. As the representative of the European Commission, Commissioner Neven Mimica explained in his brief intervention before the vote, the EU has no powers to regulate matters such as abortion, sexual education, etc. which remain in the exclusive competence of Member States.

Last but not least, there also appears to be growing awareness that the radical feminist-homosexualist ideas expressed in the draft report were completely out of touch with what European citizens really thing. While the EP was debating the draft, the European Citizens’ Initiative “One of Us”, which requests the EU to stop funding abortions, has crossed the threshold of 1.4 million signatures, and further signatures keep pouring in by the thousands…

Taken together, this day marks a resounding defeat not only for the profoundly anti-human agenda pursued by some extremist MEPs and their allies (such as Planned Parenthood, who allegedly were the true authors of the draft, and Marie Stopes International), but also of the disingenuous and anti-democratic tactics they used. It is quite significant that, despite the fact that the draft report had been very controversial even within the EP’s notoriously left-leaning Committee for Women’s Rights and Gender Equality, the Parliament’s President Martin Schulz (a German socialist, whose strong ties with the pro-abortion movement are all too well known) decided that the debate in plenary should not be allowed to take more than five minutes, thus preventing any meaningful debate from taking place. Most of these five minutes were, in addition, being used by two particularly pathetic gay-rights-politicians, Mr. Michael-”Blitzkrieg”-Cashman from the UK and Ms. Ulrike Lunacek from Austria, who tried to turn the debate into a series of vicious and indecent ad-hominem-attacks against anyone who dared to speak against the draft. In this way, pro-life MEPs had practically no possibility of making themselves heard.

Quite clearly, the strategy was to rush through the draft resolution without any serious-minded debate on the merits, so as to avoid that MEPs could actually understand what they would be raising their hands for. But this strategy has failed on the corridors of the EP, where pro-life activists assiduously informed undecided MEPs of the true content hidden behind Mrs. Estrela’s sanctimonious human-rights-prose, and I think this means that the whole issue of so-called “sexual and reproductive health and rights” (SRHR) will from now on come under closer scrutiny. The time of easy victories for the abortionist-homosexualist lobby is now over.

Formally speaking, the result of yesterday’s vote is not that the Estrela draft is dead; it has just been referred back to the Committee and could resurface at a later stage. However, given that the clear task is now for the Committee to come back with something less controversial, and more worthy of consideration, than the draft prepared by Mrs. Estrela, it seems now likely that the proposed report will be adjourned sine die, i.e. receive a silent burial.

N.B.: the “tumultuous scenes” described above can be seen at the European Parliament’s website. You must navigate to the session of 22 October 2013, agenda point “Voting Time (cont.)”, beginning at 12:41