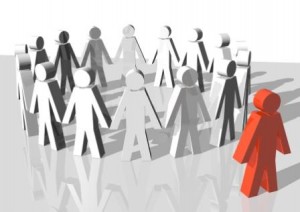 The main newspaper in the city near where I live is the Edmonton Journal. The September 3rd 2012 edition carried a short entry under the title PRIDE PARADE PREMIER. It was accompanied by a photograph of Alberta’s Premier Allison Redford wearing the rainbow sash.

“Premier Allison Redford attends the Calgary Pride Parade on Sunday told a crowd of thousands it was a “privilege” to be asked to join the event — the first time a sitting premier has participated. In June, she made the opening remarks for Edmonton’s Pride Parade.”

Is it a selective display acceptance and inclusion?  Is a similar recognition demonstrated by the Premier to include people of different views ? I don’t see it. A hallmark of pluralism and tolerance is a willingness to include views with which that one may not agree.

This past May, organizers of the 5th annual Alberta March for Life would have been thrilled if Premier Redford addressed their crowd of 1,400 pro-life Albertans gathered in front of the legislature. They were there to show support for the pro-life cause, but Redford stayed squirreled away in the legislature. Apparently she’s not as affirming tolerant of people who believe in the sanctity of human life.  If Premier Redford is truly interested in including everyone in Alberta’s cultural mosaic, she would have been willing to address their pro-life concerns and speak to the crowd. After all, those pro-Life Albertans advocate equal inclusion and protection for all human life from conception to natural death and every state and stage between those two points.

Premier Redford says she’s pro-choice when it comes to abortion. Really? If she is truly in favor of “choice” she would use the power given to her to create a neutral environment in which making such a serious “choice” is as neutral as possible. She has not and I doubt she will.

The Alberta government pays for every abortion in the province through the health department, using taxpayer dollars (an estimated $6-8 million dollars annually.) Does the government provide similar funding to create environments for women in crisis pregnancies to carry their babies to term and encourage life-affirming choices? I’m not aware of any such funding. That is not pro-choice — that’s pro-abortion. It stacks the deck in favor of abortion.

Here’s another question: In the spirit of pluralism and inclusion of people with various beliefs, would the Premier be “privileged” to speak to conservative Christians who believe in the traditional family? It’s a curious question but I’d wager the Premier would not show up to encourage them or ensure their views are protected and affirmed tolerated allowed to thrive in Alberta society.