Trending Now
You are at:Home»Featured»Facing the Essential Question in the Abortion Debate
By Ken Connor on November 4, 2011 Featured, Life Issues & Bioethics

For decades now, the “pro-choice” movement has successfully distorted the abortion debate by ignoring the essential question – is an unborn child a living human or isn’t it? – in favor of their infamous “right to choose” canard.  A recent op-ed in the Washington Post entitled “How an anti-abortion push to redefine ‘person’ could hurt women’s rights” employs this tactic shamelessly:

“The people who attack reproductive rights are turning a blind eye to the impossible choices families have to make together, instead callously insisting that it’s lawmakers who know what’s best for women, not women themselves. . . .  The logo for Personhood USA, a leading organization behind the measures, echoes that idea.  It shows what looks like a full-term fetus curled up in a map of the United States, which acts as its womb.  The woman is conspicuously absent.  Personhood advocates are interested in only one kind of ‘person.'” 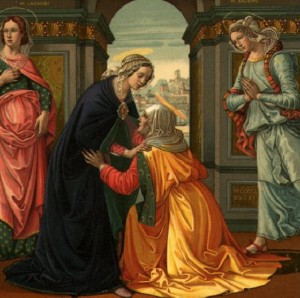 Credit should go to the author of this piece for at least being honest.  Founder of Feministing.com and author of The Purity Myth: How America’s Obsession With Virginity Is Hurting Young Women, Jessica Valenti clearly does not believe that the unborn are living human beings.  Pedaling the myth that “science” shows no evidence that life begins at conception and citing a 2005 legislative proposal that would have criminalized “suspicious” miscarriages in Virginia (straw man, anyone?), Valenti paints a doomsday scenario of a “personhood” world in which women are prosecuted for failing to take prenatal vitamins, miscarriages are investigated by law enforcement, and of course, abortion is no longer available on demand.

In reality, what the personhood initiative seeks to do is reinvigorate a culture of life in a society that is increasingly selling its soul in the name of “rights” and the autonomy of the individual.  Contrary to what abortion advocates claim, the scientific evidence does support the humanity of the unborn.  From the moment of conception the mother is carrying a genetically distinct human being within her.

The consequences of denying this irrefutable medical fact have been tragic.  Since 1973 over 50 million children have been aborted in the United States.  This is tragic not only because these tiny human beings were never given a chance at life, it is tragic because the mothers of these children – often overwhelmed by fear and panic and unaware of the full implications of their actions – must forever live with the emotional and psychological consequences of their choice.

Eradicating post-abortion guilt is a big part of the campaign to venerate a woman’s “right to choose.”  By refusing to acknowledge the personhood of the unborn child, American society and its legal system has fostered a disposable man mentality.  If a baby is unwanted, inconvenient, or imperfect, the it’s mother has a right to kill it.  (This “unwanted, therefore not worthy of protecting or preserving” mentality has jeopardized the lives of the handicapped and the frail elderly, who are themselves often inconvenient and expensive, and has fostered an unhealthy, me first, self-centered attitude.)  Ironically, of course, if the same woman decides that she wants to have a child, then the process of pregnancy and childbirth magically transforms into a sacred miracle that is to be respected and celebrated.  The same embryo that “wasn’t human” when she didn’t want to be pregnant is now “her child” simply according to her feelings about the situation.  It’s all about how the mother chooses to define her pregnancy.

It is the job of our legal system to reconcile competing interests when they come into conflict with one another.  At present, there is no mechanism in place to advocate for the interests of the unborn, and this is what the personhood movement seeks to change.  Apart from such a change, abortions will continue at epidemic proportions, and all of humanity will be devalued in the process.